I know I said this would be coming weeks ago, but I had finals and then went out of town and a whole bunch of other excuses which will probably just make me seem like a lazy blogger.
But tonight I finally made that fateful trip to the library – not only to pick up P-T, but also to see a free screening they were holding of Singin’ in the Rain!
I just got home from staring at Gene Kelly’s face on the quite large screen in the library’s auditorium for a glorious hour and fourty-three minutes so here, without further ado, are this week’s library picks. 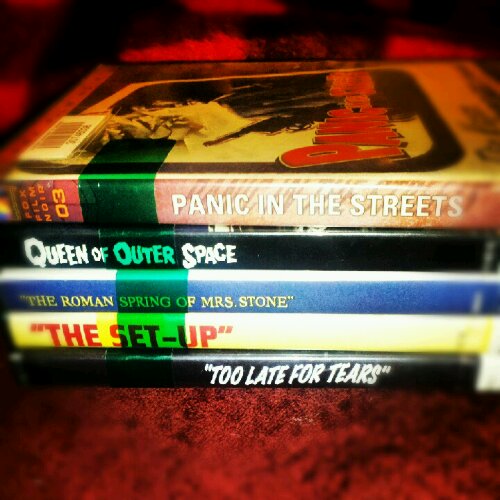 Keep an eye out for these reviews, coming up next week!

2 thoughts on “Through the Library is BACK!”