One of the earlier list posts for TMP’s Adaptation Month covered “chick lit,” or romance/romantic comedy books, that I’d like to see adapted into films.

This week’s list takes a slightly morbid turn in comparison. One of my favorite genres to read is that of mystery/thriller. The scenarios that authors of these suspenseful books create stories so gripping, and sometimes so terrifying, that I just can’t put them down. Here are two of the top four thriller/mystery books that I’d love to see on film.

Survivor by Chuck Palahniuk
Synopsis: Survivor counts down to zero, starting at chapter 47 and slowly, painstakingly ticking toward the end. Tender Branson is the only passenger on a jet headed for a fiery, certainly fatal crash. Well aware of his fate and sure that the black box recorder will be the only thing to survive the crash, Branson narrates his twisted story of life as an ex-cult member (the sole survivor of the cult’s self-inflicted massacre) and fake suicide hotline operator, among other things.
Adapting it: According to Wikipedia the project is currently in development, but since Wikipedia isn’t the most reliable source for film news, I have a feeling we may not be seeing Survivor hit the big screen in the near future. If done right, this would probably be one of the most bleak and gritty films ever made. Palahniuk has a gift for high emotional impact and inflicting serious mental anguish on the reader, which wouldn’t necessarily make the film fun to watch, but this book is my favorite from him and I’ve been dying to see it adapted since I discovered it.
Dream cast: This is probably the most cliche choice that I could possibly make, but Ryan Gosling for Tender Branson. I don’t think there is another modern actor who could pull it off. Ryan has literally  impressed me in all of his films, from Lars and the Real Girl to blockbuster love story The Notebook to hit comedy Crazy, Stupid, Love. Had I watched the Mickey Mouse Club when I was a kid, he probably would have even impressed me there. The man is capable of anything.

Kiss Me, Judas by Will Christopher Baer

Synopsis: Phineas Poe is an addict and ex-cop, fresh off of release from the psych ward, when he meets the beautiful, mysterious Jude in a hotel bar. He takes her back to his room, but instead of the frisky fun he was hoping for, he finds himself waking in a bathtub full of ice the next morning. Missing a kidney. SURPRISE! Torn between his attraction to Jude (despite the fact that she STOLE HIS KIDNEY) and his desire for revenge, Phineas sets off on a mission to hunt the woman down.
Adapting it: Even more so than Survivor, this would be a very gritty film. On one hand I’d love to see it toned down and turned into an organ-swapping crime thriller from the ’40s, but on the other hand, the gore is part of what gives the story so much impact.
Dream cast: Dana Andrews would be the natural choice as Phineas for the black and white version, partly because I love him; partly because he’s got the perfect face for it and can give off the perfect tough, scarred ex-cop vibe. Dana’s Jude could be Gene Tierney, who he famously starred alongside in Laura. As for a modern cast, I’m tempted to go Gosling again, but I’ll stick with another broody favorite: Leo DiCaprio. Diane Kruger would be my choice for Jude.

One thought on “FOUR thriller books I’d like to see on film, Part I” 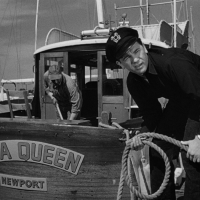