A note from Lindsey: This film was viewed as part of TMP’s Barbara Stanwyck Filmography project. Check out Listography for a full list of the project’s progress!

Stella Martin (Barbara Stanwyck) is a working-class girl who falls for a rich, high-class man named Stephen Dallas (John Boles). Despite the differences in their backgrounds, the two marry and have a daughter together, Laurel (Anne Shirley).

But a perfect marriage is hard to achieve when Stephen consistently tries to turn Stella into something she isn’t, attempting to mold her to the standards of his social class.

The two separate, and Stephen eventually remarries. Stella is completely devoted to her daughter, doing everything she can to provide the best for her and ensuring that Laurel maintains a good relationship with her father.

But when Laurel begins hanging out with upper-class peers who she desperately wants to impress, Stella must make an incredible sacrifice in order to ensure her daughter’s happiness.

King Vidor directs Stella Dallas, one of the greatest film discoveries I’ve made thus far in TMP’s Barbara Stanwyck filmography project. The film is based on the novel of the same title by Olive Higgings Prouty, whose writing also served as the source material for the stellar Now, Voyager (1942, from the novel by the same title).

Stella Dallas exists in two more screen versions: a 1925 silent picture, and 1990’s Stella starring Bette Midler. (I’ve seen neither of these other versions; If you have, let me know what you thought of them in the comments section!)

Stanwyck begins this film in what is a somewhat unusual role for her: a cutesy girl. She’s charming: a bit shy, but enthusiastic, and Stanwyck almost gives the character a childlike aura. She’s got all of the sass that she usually gives her characters, but in the film’s beginning definitely gives it a more “simple minded” slant.

The character of Stella goes through major personality shifts throughout this film, and Stanwyck handles those changes beautifully. Her portrayal of Stella’s complexity is on point, and she does the character justice in a way that few actresses other than Stanwyck could have. With a weaker actress in the title role the character may have come off as unbalanced or poorly written, but Stanwyck hits all the right notes. (And I’m not just saying that because I love her. Even as an avid viewer of her films, I was seriously impressed by her performance here.)

The film itself starts out a bit slow but takes a highly engrossing turn as the marriage between Stephen and Stella goes south, and Stella begins trying her best (sometimes misguidedly) to provide a happy life for her daughter. It’s natural for a viewer to feel sympathy for any mother who is putting so much effort into their child’s life, and as a result it is very easy for the audience to care about Stella and her predicament.

I’ve seen this film referred to as overblown in terms of dramatic flair by other reviewers, which is a valid point, but I think that this works to the film’s benefit. This is melodrama at its best. It draws the audience in, keeps things interesting and exaggerates the tragedy of the situation in order to draw an intense emotional response for the viewer. To me, the result was not an overblown film, but a powerful story with a sense of sadness that just doesn’t give up its grip on the viewer, even long after watching.

Stella Dallas is a poignant and powerful tale of a mother’s love. Because it is such a dramatic and sad story the rewatchability level may be low for some, but it’s a wonderful watch if you’re in the mood for a tear-jerking melodrama. The score: 5/5! 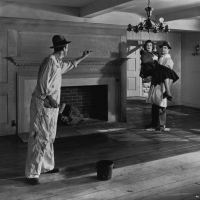 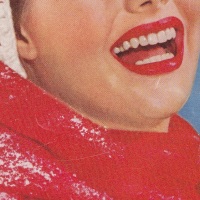