This film was viewed for TMP’s Barbara Stanwyck Filmography project. To view the progress of the project, check out TMP’s Listography.

Polly Fulton is a rich girl, the daughter of a rags-to-riches businessman who has a lot of power. She’s set to marry an attorney on the rise, a man her father very much approves of.

But Polly gets tired of waiting for Robert to agree to marry her. She soon meets and falls for a man named Thomas Brett who embodies all of the progressive, anti-capitalist ideas that her father and fiance don’t understand.

Thomas completely opposes Polly’s lavish lifestyle, and she’s willing to give it all up for love. Things don’t stay perfect for the couple for long, though, after Polly secretly uses her father’s connections to boost Thomas’s career.

B.F.’s Daughter is engrossing from the opening for anyone interested in the never-ending friction between corporations and anti-capitalists. This friction still exists in America today.

One of the major things working in the story’s favor is the fact that Stanwyck’s character isn’t simply dating a man who is the antithesis of her father to rebel against her family’s lifestyle, which would be much too stereotypical of a tale to tell. Instead, she finds herself naturally attracted to him despite their differences, which makes their relationship and their struggles seem more natural.

That being said, it is sometimes hard to understand the relationship between Stanwyck and Heflin’s characters. It takes a while for the audience to warm up to them as a couple, because Thomas Brett seems very smarmy and kind of misogynistic when he and Polly first meet. For all of his intelligence, his personality is very flawed. Trying to win a girl over by saying you’ll control what she does with her time? No thank you.

The relationship between the two comes off as contrived. Both stars give very good performances individually; as usual, Stanwyck impresses here. It takes a while for the audience to become invested in them as a pair, though. The story flips back and forth between which of the two is making bad decisions and being more unlikable. Both characters have good and bad qualities, which make them interesting to watch but at the same time difficult to connect to. All humans have our positives and negatives, but it’s difficult to relate to the characters when you’re consistently disappointed in the actions of at least one of the two, and sometimes both at once.

Despite the problematic couple at the center of all of the action, the film remains pretty engrossing throughout its entire run time. I never got bored at any point while watching. There is a lot of drama happening to keep the viewer occupied, both personal and political, with World War II coming in during the final third. The tense scenes between Heflin and Coburn are particularly great.

B.F.’s Daughter isn’t a perfect film. Despite the drama, the film is somewhat slowly paced and seems much longer than its standard running time. Still, it’s worth a watch, for the cast at the very least. The score: 3.5/5 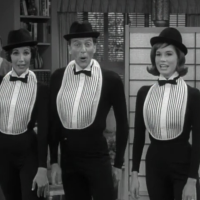 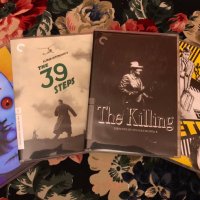 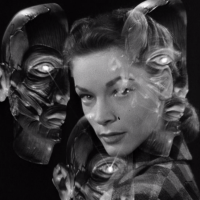