A note from Lindsey – Today’s post is my mom’s second on TMP! Last year she did a guest post on The Help for adaptation month. Now she’s back with a review of Annie Hall. She’d never seen this, so when she stumbled upon it in a bargain bin and offered to buy it for me, I insisted that she watch it first! Here’s her review:

In 1977 the Woody Allen film Annie Hall was released. I was twelve years old in 1977. Throughout the years I often heard references made to the four Oscars that the film won (which included Best Picture). I also recall hearing much in regards to lead actress Diane Keaton’s Annie Hall sense of style, but I never viewed the film until tonight.

I first became familiar with Woody via Midnight In Paris and have since seen several other works of his which are all well done. Annie Hall does not disappoint. Woody is brilliant – his movies are timeless, insightful, and intelligent quirky comedies.

Annie Hall is the story of comedian Alvy Singer (played by director Woody himself) and his various relationships and neurosis, the main focus being his connection with Diane Keaton’s character, Annie Hall, and his apparent inability to maintain a commitment.

As with most of Woody’s films (at least the ones I have seen) there are many well-known faces throughout Annie Hall including Tony Roberts, Paul Simon, Christopher Walken, and Colleen Dewhurst.

It only took me 36 years following the release to finally view this film, so I won’t spoil it for you if you’ve never seen it as well. However, I did uncover some great facts about the film at imdb.com… cool things to watch for whether it is your first view or twenty-first…

Woody Allen’s films are always entertaining and creative. You can tell how much thought and work goes into the making of them. In the case of Annie Hall, many methods were utilized to keep things interesting such as animation and subtitles. I like the sort of documentary feel that many of Woody’s films, like this one, have. Something about them makes the viewer feel as if they’re catching a glimpse of someone’s real life in all of its craziness and oddity. I give Annie Hall a score of 5/5. 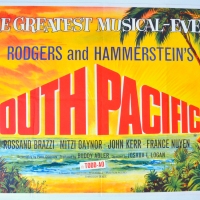