Jonathan Harker has taken up a new job as a librarian in the house of none other than Count Dracula.

The “librarian” gig is all an act, though. Jonathan is on a mission to kill the Count, who he is convinced is a deadly vampire. Jonathan doesn’t get very far in the battle: the Count soon turns him into a dead man walking.

With Dracula getting the upper hand in the battle against Jonathan, he soon turns his attention to Jonathan’s fiancé, Lucy. It’s up to her now-dead fiancé’s colleague, Dr. Van Helsing, to protect her from the evil vampire.

Based on the frequently-sourced novel by Bram Stoker, Horror of Dracula was released in 1958. This British take on the long-told vampire tale stars Christopher Lee as Dracula and Peter Cushing as Van Helsing.

Horror of Dracula is a very stylish film. Highly saturated colors bring to life elaborately detailed sets fit for the eerie, gothic style of Count Dracula. The Count’s humble abode is an antique lover’s dream, full of beautiful old things. Cinematographer Jack Asher makes very good use of the sets, framing many of the shots in such a way that the wackiest elements of the interior design (such as spiraling white pillars and an enormous, human-sized globe) are emphasized.

Equally wonderful is the costuming. Dracula’s suited up in his signature cape; even in his semi-dead vampiric state, he’s a very well-dressed man. The ladies who catch his eye all wear beautifully draped gowns, too.

Luckily, Horror of Dracula goes beyond the realm of visual beauty. “All style, no substance” is not a phrase that could ever be used to describe this fun horror flick.

Christopher Lee and Peter Cushing both give fantastic performances, exaggerated in such a way that their scenes teeter on the edge of the corny cliff while never falling completely off of it. A good level of suspense is maintained that keeps the film from going full corn.

Some of the effects, of course, add to the film’s cheesiness. None of the effects are terrible, but most of them are very obviously limited by the technology of the late 1950s.

(For the moments of fright and real tension, this film has been saved from becoming a “Classic of the Corn”… but it came very close!)

A great score tops off all of the wonderful things that this film has going for it. If you’re looking for true scares, look elsewhere… but for a fun take on the familiar tale of Count Dracula and his rival Van Helsing, look no further than this exciting little British classic. The score: 4/5

This film is available on DVD from Warner Bros. The Warner release of the film includes a few special features: cast and crew bios, an original trailer and a feature called “Dracula Lives Again!”, describing the conception and legacy of Horror of Dracula, which is a very good read. The picture and sound quality of this release are stellar. There are no cool commentaries or video features to check out, but it’s definitely worth a buy if you’re a fan of the film (or if you’re a fan of classic horror and are interested in discovering this film). DVD score: 4/5 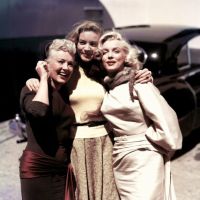