When a fair comes to Rochefort and takes over the town square, Delphine and Solange just may find a way to fulfill these dreams. They meet two charming carnies named Étienne (George Chakiris) and Bill (Grover Dale), with whom they strike up quick friendships.

Over the course of the weekend of the fair, the sisters, their new friends and their mother spend much of their time at the café, also connecting with others who are in town: a sailor and artist named Maxence (Jacques Perrin), Yvonne’s ex-fiance Simon Dame (Michel Piccoli), and American man named Andy Miller (Gene Kelly).

Les demoiselles de Rochefort, known in English as The Young Girls of Rochefort, was written and directed by Jacques Demy with music by Michel Legrand. The film was nominated for an Oscar for its score.

Les demoiselles de Rochefort can officially be added to my list of favorite musicals. I loved it from the very opening, which features nearly 10 minutes without dialogue: just a snappy score, equally snappy choreography and excitement that grows both in the viewer, and in the town of Rochefort as the fair arrives.

A musical isn’t lovable without wonderful music, and luckily Les demoiselles has plenty of great songs. The soundtrack has a very clean, highly produced sound to it, which lends the film a sleekness. The production style fits well with the film’s bright visuals, beautiful cinematography and sophisticated, charming cast. A world of fantasy is created as all of these elements come together, though the action all takes place in a real town and with realistic characters.

The cast is great as well. Deneuve and Dorléac are oozing with charm, style and “cool factor.” They may be dreaming of better lives or feel stuck in the “dull” town of Rochefort, but there is an enviable quality to them despite all of this longing they have for something more. Both actresses are charismatic, bright and likable, making their characters seem like the girls that every girl wants to be (or at least wants to be best friends with).

The sisters are a ton of fun to watch, but they aren’t the only great members of the cast. The whole ensemble is perfect! I’d be lying, too, if I said that Gene Kelly wasn’t a huge draw in my choosing to watch this film — any reason to watch Gene for two hours is a good one. Jacques Demy would apparently agree with me, seeing as according to IMDb he postponed this film’s production for two years just so Gene Kelly would be free from other projects and could join the cast.

Because all elements of the film work so well together and create such magnetism, the Les demoiselles de Rochefort seems to pass much more quickly than its two-hour running time. It’s a very easy film to become completely absorbed in, with all of its romance and glamour. The score: 5/5! 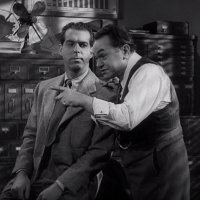 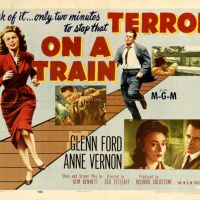 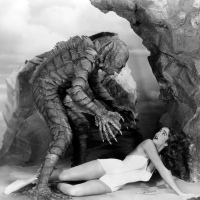