Welcome to Day 3 of Horror Half-Week! Today we travel ahead several decades, to the ’80s, with a look at Dario Argento’s Inferno. Previous posts from this year’s spooky celebration: Day 1 | Day 2

After picking up on some clues in the book, Rose believes her building in New York may be inhabited by one of the evil women. Could her life be in danger? She writes a letter to her brother Mark (Leigh McCloskey), who happens to be studying in Rome. She tells him about the book and asks him to visit her.

While reading Rose’s letter in class, Mark is distracted by a beautiful and mysterious classmate (Ania Pieroni) who is staring at him. He leaves the letter on his desk when the class ends, and it attracts the attention of his friend Sara (Eleonora Giorgi), who decides to find her own copy of The Three Mothers and get to the bottom of the mystery surrounding the book.

Inferno (1980) was directed by Dario Argento. Legendary Italian horror master Mario Bava worked on the special effects of this film, and reportedly assisted with the direction as well. Bava’s son, Lamberto, also contributed.

Regardless of the degree of Mario Bava’s day-to-day involvement in the production of Inferno, his influence is certainly apparent in the film’s cinematography, pace, and style. As a fan of Bava’s work, this element of the film was a pleasant surprise to me.

One very striking visual element of Inferno is the use of light and color. Vibrant reds, blues, and greens lend an almost nightmare-like quality to certain scenes. The reds and blues in particular are frequently used together, bringing a sense of surrealism to otherwise-ordinary sets, such as a city street and an apartment building.

While the film isn’t consistently high on heart-pounding suspense, a successful atmosphere of dread is built, between the visuals and the interesting use of music. The film utilizes some operatic music, as well as loud keyboard-driven compositions and some more traditionally-eerie music (the type that sounds like a human Theremin, or a disembodied ghost voice). All of these musical styles are incorporated artfully, especially during the film’s murder scenes and spookiest moments.

The script is not the most complex or surprising; the viewer knows just what to expect from the moment that The Three Mothers is introduced in the film. There are evil, supernatural forces lurking about, and they’re going to carry out evil deeds. Still, despite the lack of major twists and turns, Inferno keeps a pretty steady grip on the viewer.

The ’80s were a great decade for horror films — one of the best decades, in my opinion. Lower on corn than some of its counterparts from the same era, this Italian thriller is well worth a watch. Beautifully photographed, dream-like, and packed with supernatural appeal, Inferno is a film more than worthy of a watch. The score: 4/5 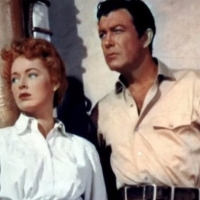 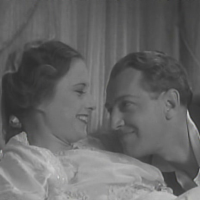