Rudolf Abel (Mark Rylance) has been found out. A Cold War is raging, and the FBI has determined that he is a spy. After evidence of such is found in his small, rented Brooklyn apartment, he is prosecuted.

Abel’s suspected spy status does not eliminate his right to a fair trial — especially when such a trial will stop the Soviet Union from taking advantage of the situation for anti-United States propaganda. So, someone must defend Abel.

Enter James B. Donovan (Tom Hanks), a lawyer who usually handles insurance settlements. Abel agrees to accept Donovan’s help, though he remains unwilling to give up any secrets of his espionage.

Bridge of Spies tells the story of Donovan’s efforts to truly give Abel a fair trial, despite the fact that everyone (from the prosecution, to the public, to even his own boss and family) expects him to put together a weak defense. The film was directed by Steven Spielberg from a script by Matt Charman, Joel Coen and Ethan Coen.

I’ll cut right to the chase: I loved Bridge of Spies. A lot of people think of this as “Your grandpa’s favorite movie of the year,” but I walked out of the theater knowing that it would land on my own list of new-release favorites for the year. It’s deliberately paced, like a classic drama (which certainly contributed to my love of it), and very well-constructed.

The story doesn’t fall on the extreme end of the suspense spectrum, but is very engaging. It keeps a solid grip on the viewer’s attention and emotions, making for an impactful, thought-provoking film. Historical liberties are taken, but it is a Hollywood film, after all; “inspired by a true story” can be translated to “we found an interesting historical event to make a movie about, but we want to add our own story to it.”

A top-notch performance is given by Tom Hanks, one of the finest actors of his generation. He is perfectly cast in the role of Donovan, an honest man who stays true to what is right despite the fact that the entire country turns on him for providing Abel with a good defense.

The supporting cast is great as well, with not a weak performance in the bunch. One small part particularly impressive to me was the man playing the Soviet commissioner. Something about his performance reminded me of Peter Lorre! (I believe the actor’s name is Mikhail Gorevoy, but didn’t make note of his character’s name other than “Soviet commissioner” and have had trouble tracking down the name. So, feel free to correct me if I’m wrong.)

Though Hanks gives a great performance and all of the supports are solid as well, Bridge of Spies really belongs to Mark Rylance, in my book. I was glad to see him win the Oscar. He does a stellar job of portraying Abel as a man who the audience can sympathize with, despite his Cold War spy crimes. Knowing nothing about the real case, I was half-expecting him to be tortured, convicted, and tossed in the electric chair (and I once again feared for his life on the bridge), but I really, really didn’t want him to die. If you’re watching the film in the United States, technically he is an “enemy” since he is a spy, but the film doesn’t demonize him. The respectful bond that grows between Abel and Donovan was another of my favorite aspects of the film. Rylance’s performance is subtle but has a great impact on the viewer, and now, a couple of months after watching, is the thing that has stuck with me the most from the film.

Classic film fans will enjoy Bridge of Spies, a film not only set in the midcentury but also somewhat reminiscent of classic wartime/courtroom dramas. 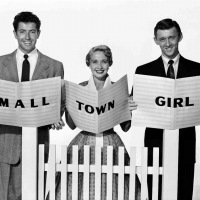 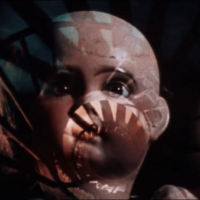 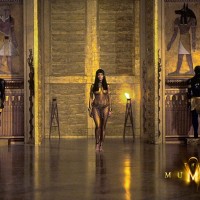 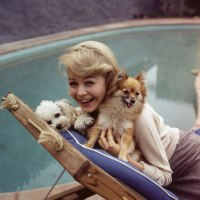 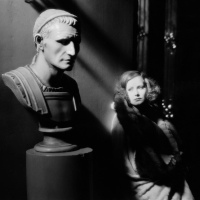