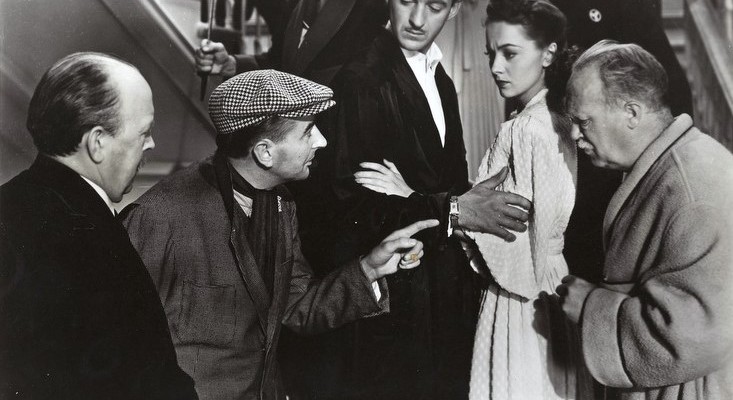 Scotland Yard has been attempting to track a thief only known to the investigators as “The Amateur Cracksman.” The culprit is the last person they’d suspect: A. J. Raffles (David Niven), a well-known cricket player. Raffles is the portrait of elegance but is only able to maintain such a lifestyle through his thefts.

Raffles tries to reform after falling for Gwen Manders (Olivia de Havilland), but when her brother Bunny (Douglas Walton) needs money to pay off some gambling debts, Raffles may need to return to the life of crime in order to help his potential brother-in-law.

Meanwhile, despite Raffles’ reformation, Inspector MacKenzie (Dudley Digges) has never given up on the “Amateur Cracksman” case. Will he catch the cricketer-criminal?

Raffles (1939) was directed by Sam Wood, written for the screen by John Van Druten and Sidney Howard.

Raffles features nice performances across the board, both lead and support. Unfortunately, these performers deserve better in terms of what they’re given to work with! The film is fun to watch if you’re a fan of the stars and they do well with what they are given, but where’s the excitement? The suspense? There are touches of each, but not enough to sustain the film, even with its brief run-time.

On a brighter note, the film does have its moments of wit and charm. The premise of “cricketer by day, sneaky thief by night” is a fun one and Niven’s portrayal of such a man is the film’s saving grace. His scenes of thievery and sneakiness (one in a museum, one at a jewelry store involving a cat, one in which he lurks through a mansion at night) are the film’s most delightful.

Raffles is not a film I’d recommend strongly, but it’s worth tuning in for if you like David Niven. The score: 2/5 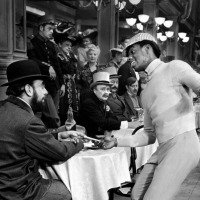