Long before Mamma Mia and Mamma Mia! Here We Go Again hit the big screen (and entered my constant-rewatch rotation), there was another ABBA film, appropriately titled… ABBA: The Movie.

Where the modern musical tales have plots full of complicated personal relationships, family secrets, and romance, ABBA: The Movie doesn’t have much of a plot at all. The musical performances are thinly connected by an Australian DJ’s quest to get an interview with the band during their tour of the country.

But, that lack of plot is entirely okay. (I could have done without the DJ character entirely, especially after reading of the actor’s true history as a deplorable criminal.) The real draw here is the performances.

There are tons of songs packed in, including SOS, Why Did It Have to Be Me, The Name of the Game, and, of course, Mamma Mia and Dancing Queen.

Pulled from real concerts across Australia (including Sydney and Perth) and directed by Lasse Hallstrom, the performances are fun to watch for anyone who loves ABBA’s corny but infectious pop hits and ballads.

There are glittery stage outfits, dance moves that mostly involve finger-pointing, and crowd chants of “WE WANT ABBA!” There are mimes and theatrics. There are also some choice on-street interviews with fans in which they declare that they love ABBA’s songs “because their names are good” and “because they dress tidy.” (I died.)

ABBA: The Movie is an odd time capsule that kind of made me want to travel back in time to attend an ABBA concert. The cinematography is actually quite lovely throughout the film, too. It’s a weird old concert movie, but it’s a well-made one, at least. Recommended — but strictly for ABBA fans. 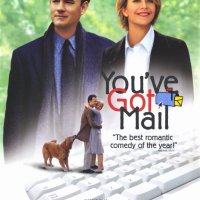