I often choose films to watch by going to TCM’s website, looking at their on-demand movies page, and browsing through the list for films that are expiring soon. One laundry day in July, with not much to do but move my clothes from washer to dryer and fold them, I decided to watch a couple of films.

I scrolled, paying special attention to films expiring the next day and looking at their descriptions. Nearing the end of the alphabetical list, I noticed The Seventh Victim, accompanied by this brief summary:

“A girl’s search for her missing sister puts her in conflict with a band of satanists.”

Sisters? A missing-person mystery? Satanists? Naturally, my interest was piqued.

The Seventh Victim was directed by Mark Robson and produced by Val Lewton. The film follows Mary Gibson (Kim Hunter), a teenager who travels to NYC to search for her sister Jacqueline (Jean Brooks) after Jacqueline fails to make the usual tuition payment to Mary’s school. No one knows where Jacqueline went; she was most-recently seen at a restaurant, about a week before Mary’s arrival in New York. Something strange has happened, and Mary is determined to find her sister.

In terms of mystery, The Seventh Victim hits all of the right notes, building up a series of suspicious events and complications before Mary actually begins to discover what happened to her sister. It’s an eerie little film, building a chilling atmosphere as it progresses.

Visually, there are hints of noir that elevate this above the usual chiller. Stark shadows adorn the streets of New York City, as well as many of the film’s most fascinating interior scenes. In one such scene, Mary has a conversation with a not-exactly-friendly character while in the shower. Her conversation partner (whose identity I won’t reveal, as I think it’d be best for those of you who haven’t seen this film to go into it knowing less about it) is seen as a shadow on the shower curtain — wearing a hat that gives the illusion of horns. It’s a very spooky twist on a photographic style more frequently seen in the decade’s crime dramas.

The performances, in general, offer nothing remarkable; however, all of the film’s performers are capable in their roles and suit the film’s mood/atmosphere.

The one standout, to me, was an actress with a small role: the mysterious Jacqueline herself, Jean Brooks. Her screen-time is brief compared to most of the film’s other characters, but Brooks’ subtle performance is incredibly effective. Her strikingly off-trend hairstyle (seen below) sets her apart from everyone else visually, but the character’s attitude and Brooks’ quiet portrayal of her are a captivating addition to the film.

Full of bleak atmosphere, The Seventh Victim is a thought-provoking mystery/thriller which questions life and death, good and evil. Despite the element of satanism in the story, this isn’t a film that relies on cheap scares or supernatural twists to hook its viewer. It’s a fascinating watch, powered by an intriguing script that is brought to life through well-executed production. The score: 4.5/5 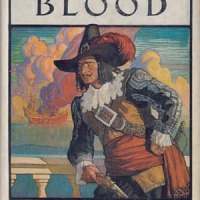 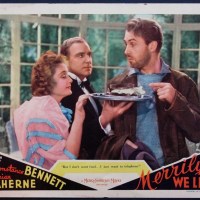 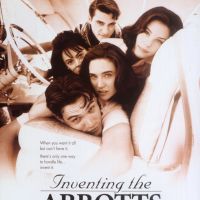 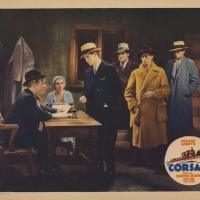