Dame Beatrice Appleby (Athene Seyler) runs a boarding house. She’s a bit of an eccentric woman, so naturally her tenants and staff have their quirks as well. Housekeeper Lily (Billie Whitelaw) is an ex-con who has given up her former life of crime and is now dating a cop; Major Rayne (Terry-Thomas) is ex-military and hasn’t quite lost his raid-planning skills; Pinkie (Elspeth Duxbury) is a reserved spinster with a hobby of fixing broken china; Nanette (Hattie Jacques) is an imposing etiquette teacher.

Bored of their lives, the lodgers soon find something to occupy their time. When Lily steals a fur, the others fear she’ll be sent back to jail, so they concoct a plan to return it to its rightful owner before its theft is discovered. The thrill of the plot leads them to start doing just the opposite — stealing furs! And so, a crime ring is born.

Directed by Robert Asher, Make Mine Mink is based on Peter Coke’s play “Breath of Spring.” It was adapted for the screen by Michael Pertwee with additional dialogue by Peter Blackmore.

Make Mine Mink is a British comedy through and through, with a focus on farce and a droll sense of humor. It starts a bit on the slower side, but picks up soon after — about twenty minutes in or so, I’d say. The pace gets quicker, the laughs become a bit more zany, and the film on the whole becomes incredibly fun to watch.

The characters, as noted above, are quite eccentric and all of the performances are solid, bringing those quirks and oddities of each personality to life. They’re actually, somewhat surprisingly, an endearing bunch. The viewer comes to love them, despite the fact that they’ve created a thievery ring.

All members of the cast also do a great job at bringing laughter to the viewer. Elspeth Duxbury, an actress I was largely unfamiliar with prior to watching this film, is particularly hilarious in her role of Pinkie.

I found the physical comedy and sight gags of the film to be very effective. Make Mine Mink is truly very funny and avoids crossing into that over-the-top, eyeroll-inducing territory that is sometimes occupied by try-hard slapstick comedy. Adding to the mood is a very ’60s, somewhat caper-ish score which enhances every movement attempted by the fur thieves.

I wasn’t expecting a whole lot of Make Mine Mink when I caught it on TV during one boring winter afternoon, but I was pleasantly surprised in the end. Strong performances pull off the laughs and the wild mishaps in this tale of unlikely criminals. The score: 4/5 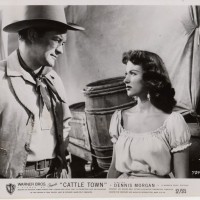