The favorite film: Roman Holiday, a 1953 romantic comedy directed by William Wyler and released by Paramount Pictures The synopsis: Princess Ann is feeling stifled by the confines of her royal family’s conventions. While on a publicity tour of Europe, Ann makes a plan to rebel against those restrictions and sneak out of her room… END_OF_DOCUMENT_TOKEN_TO_BE_REPLACED 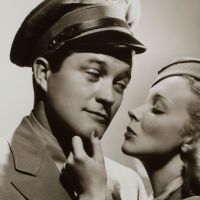