Welcome to Recap & React, a series in which I re-watch my favorite classic television shows, summing up and sharing my thoughts on each episode along the way! Today our featured series is The Dick Van Dyke Show, and this post will cover episodes 6 through 10 in the first season. For more Recap and React posts on The Dick Van Dyke show and other programs, check out the Index page.

SEASON 1, EPISODE 6: “HARRISON B. HARDING OF CAMP CROWDER, MO.”
DIR. JOHN RICH
WRITTEN BY CARL REINER
ORIGINALLY AIRED OCT. 6, 1961
Recap: A man named Harrison B. Harding shows up claiming to be one of Rob’s old friends from Camp Crowder when he was in the army, but Rob doesn’t remember the man at all!  Rob is sure that he’s never seen the guy before in his life, but Harrison seems to remember quite a bit about him — even Laura’s name. Allen Melvin guest stars as the stranger and June Dayton as his wife, who Rob also doesn’t remember.
Reaction: This episode is really funny because it’s based in something that happens to most of us at one time or another. I can’t even count the number of times someone has walked up to me and started talking to me, and meanwhile I can’t remember a single thing about them – their name, where I met them. Now, I’ve never gone and assumed that the person was a con man, but I can still relate to Rob’s predicament.
Favorite bit: After inviting Harrison and his wife over for dinner, Rob tells Laura she must really be nuts about him for going along with the plan, and she responds with “No, but Ritchie likes you and I hate to waste food.”

SEASON 1, EPISODE 7: “JEALOUSY!”
DIR. SHELDON LEONARD
WRITTEN BY CARL REINER
ORIGINALLY AIRED NOV. 7, 1961
Recap: When Rob has to work late multiple nights in a row on a sketch with beautiful star Valerie Blake, Laura’s jealousy begins to get the best of her.
Reaction: This episode isn’t quite as funny as the others. There are a few good quips in the dialogue, but the plot too closely echoes what we saw a few episodes earlier in “My Blonde-Haired Brunette”: Laura feeling that she’s losing Rob’s affection or somehow isn’t good enough for him.
Favorite bit: Laura hitting Rob with the pillow

SEASON 1, EPISODE 8: “TO TELL OR NOT TO TELL”
DIR. JOHN RICH
WRITTEN BY DAVID ADLER
ORIGINALLY AIRED NOV. 14, 1961
Recap: Laura and Rob host a party at their home, and at that party Laura impresses everyone with her super-duper dance moves. Most impressed of all is Mel Cooley, who decides to offer Laura a job dancing on ‘The Alan Brady Show.’
Reaction: Ironically, Mary Tyler Moore would later go on to play the quintessential career girl in her own television series. There are some very funny moments here as Rob struggles to take over Laura’s place in the home while she’s working late at rehearsals — Ritchie says that Laura even makes bananas better! Buddy is kind of obnoxious in this episode (jokingly encouraging Rob to take Laura skiing so she’ll break her legs).
Favorite bit: Sally repeatedly hitting Buddy on the head

SEASON 1, EPISODE 9: “THE UNWELCOME HOUSEGUEST”
DIR. ROBERT BUTLER
WRITTEN BY CARL REINER
ORIGINALLY AIRED NOV. 21, 1961
Recap: Buddy needs someone to babysit his beloved German Shepard Larry for the weekend, and somehow he convinces Rob to take on that task. It doesn’t seem like a bad idea… until the dog spends the entire night whimpering and generally wreaking havoc on the Petrie household.
Reaction: Dogs are the light of my world, so Laura lost some cool points with me for not even giving the dog a chance at first! I’m the type to pamper the dog and let him take over all of the furniture, so I definitely didn’t see eye to eye with Laura and Rob in their frustration. Larry is adorable, though, and the episode is still a lot of fun to watch, especially as Rob tries everything under the sun to stop Larry from whimpering.
Favorite bit: Rob – “Honey, it’s not Cary Grant, it’s just a dog!” AND Rob bringing the crib out for Larry to sleep in

SEASON 1, EPISODE 10: “THE MEERSHATZ PIPE”
DIR. SHELDON LEONARD
WRITTEN BY CARL REINER
ORIGINALLY AIRED NOV. 28, 1961
Recap: Buddy tells Rob that Alan gave him a pipe as a gift, and Rob immediately becomes jealous, wondering why he wasn’t given a gift as well. His ridiculous insecurities get the best of him, leading him to contemplate resigning from the show.
Reaction: As hard as the writers and actors tried, it is completely impossible for the viewer to take Rob’s resignation ideas as a serious threat or dramatic twist of events. This is the family-friendly, squeaky-clean comedy of 1960s television — everything is bound to end happily! But the characters are still as lovable as ever and there’s a ton of funny dialogue in this one.
Favorite bit: Sally claiming that Laura told her Rob gargles soup 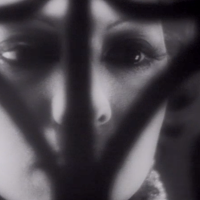