I had a review of Alfred Hitchcock’s Stage Fright scheduled for today, but after hearing the news of Roger Ebert’s passing last night, I knew I had to pay tribute to him. Before starting this blog and discovering all of your wonderful blogs to add to my weekly reading list, the only reviewer I read on a regular basis was Roger Ebert.

He was an inspiration to me, and it was reading his reviews that planted the seed of entertainment writing in my brain. He inspired me to start writing reviews of my own for the school newspaper when I was in high school. When I got to college and realized there was no room for a reviewer at the campus publication, I started writing an entertainment column called “The Limelight” for a now-defunct local news website. A while after that website closed up shop, I started this blog. TMP would not exist without the influence that Ebert’s writing had on me.

Ebert was an inspiration to many people during his nearly fifty years as a Chicago Sun-Times staffer. April 1, 2013 was the 46th anniversary of Ebert becoming the paper’s film critic. He also published books, appeared on television, won a Pulitzer (the first win for a film critic) and got his very own star on the Hollywood Walk of Fame. His mix of wit and contemplative analysis in each review made him an absolute delight to read, even if you disagreed with his opinion on a particular film. He was a wonderful man with an enormous passion for movies, and he will be greatly missed.

“Many readers have informed me that it is a tragic and dreary business to go into death without faith. I don’t feel that way. ‘Faith’ is neutral. All depends on what is believed in. I have no desire to live forever. The concept frightens me. I am 69, have had cancer, will die sooner than most of those reading this. That is in the nature of things. In my plans for life after death, I say, again with Whitman:
I bequeath myself to the dirt to grow from the grass I love,
If you want me again look for me under your boot-soles.”
-Roger Ebert, “Life Itself: A Memoir” 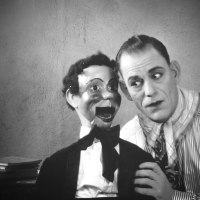