Originally published in Collier’s in 1924, Richard Connell’s “The Most Dangerous Game” (also known as “The Hounds of Zaroff”) is an incredibly chilling and suspenseful story. It begins with a man named Rainsford, traveling on a boat. He’s having a conversation with a fellow traveler about the island they’re passing by — an island cloaked in superstitious rumors. Rainsford hears odd noises that night, leaves his bed to investigate them, and accidentally tumbles overboard.

Unable to climb back onto the boat, Rainsford is forced to swim to that mysterious island, which is the nearest body of land. When he arrives, he meets a hulking bodyguard of sorts named Ivan and a reclusive hunter named Zaroff, who hunts more than just the usual game animals. Zaroff, living on the secluded island, has turned it into his own personal hunting ground for human prey.

In 1932, RKO released an adaptation of the story, also titled The Most Dangerous Game. The film was directed by Ernest Schoedsack and Irving Pichel, from a screenplay by James Ashmore Creelman. This has not been the only adaptation of Connell’s story: “The Most Dangerous Game” has inspired numerous film adaptations, television episodes and radio programs, though they have often taken a great amount of creative license with the story.

In this adaptation, Rainsford is portrayed by Joel McCrea, Ivan by Noble Johnson, and Zaroff by Leslie Banks.

The mood is a bit lighter in the opening of the film than in the story, with Rainsford having an animated discussion with his fellow travelers about hunting. There is talk of hunting in the opening of the story as well, but not such a detailed conversation. The opening conversation of the story lacks the foreshadowing that is added to the film version: talk turns to how Rainsford would feel about the sport if he were the hunted, rather than the hunter.

Another difference early on is that rather than falling from the boat, Rainsford ends up on the island because his ship runs around. Though different from the book, it is consistent with Connell’s story since Zaroff tells Rainsford that he uses the channel’s sharp rocks to lure in ships and  “trap” most of his victims.

Another major difference, evident once Rainsford enters Zaroff’s house, is that a greater number of characters are used in the film. In the story, Rainsford, Ivan, and Zaroff are the only characters that are given focus. (There are others on the island, about a dozen prisoners that Zaroff is conditioning to become his prey, but they aren’t brought to life on the page or even named.)

The film adds siblings Eve (Fay Wray) and Martin Trowbridge (Robert Armstrong), as well as two unnamed sailors, all staying on the island after their ships have recently been wrecked in the channel. They’re being plucked off, one by one, through Zaroff’s evil plotting.

The increased number of characters decreases the claustrophobia of the story, in which the Rainsford vs. Zaroff conflict is the only battle occurring on the island. In the film, Rainsford is not only fighting to save himself, and he isn’t facing Zaroff alone. Rainsford’s pre-hunt time spent on the island is extended. This adds an element of mystery as he wonders what Zaroff could be up to, as well as allowing him time to build an alliance/friendship with Eve Trowbridge.

Despite the addition of new characters, the film stays quite true to the major plot points and the suspenseful mood of the story, while making a few changes that create a higher level of action and drama on-screen. The ending is changed, but not in a way that decreases the story’s impact. It’s a successful adaptation, all in all, and I can now say that I enjoy both the film and its source material. 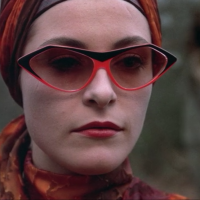