September has flown past us, and in approximately two and a half months I’ll be graduating from college. (Scary!) Then I’ll be starting grad school, to which I was accepted this month. (Even scarier!) Not quite so scary are the stats for this month of movie watching, so lets all calm ourselves and have a look at the past 30 days in film.

Note: many of the films I watched late in the month are silent shorts… so while 45 may seem like a big number for this month (especially considering I’m back in school), I was able to watch nearly 15 of these shorts in a single night — in fact, in just a few hours! Without the shorts this would have been a somewhat slow month since I’ve been bogged down with coursework. (Remind me again why I didn’t give myself an easy final semester?)

DVD collection update
I almost made it through September without a single DVD collection addition, which would have made my first-ever two month streak of no DVD buying in the past couple of years. I still did pretty well at sticking to a semi-ban, purchasing three bargain DVDs and receiving one as a gift from my mom. The films are:

Tiny announcement!
I’ve decided to, for the second year in a row, cook up the one-woman movie-fest known as HORROR HALF-WEEK. You may remember that last year, Halloween week, I looked at four horror flicks from the 1940s, 1950s, 1960s and 1970s. This time around I’m looking at the 1920s, 1930s and 1940s as well as providing recommendations of spooky films and spooky songs in a special edition of What to Watch! This four-day event will take place October 28 – 31. THIS IS NOT A BLOGATHON but I would like to invite those of you who have your own blogs to join in on the fun if you’d like. (I know a lot of people have already signed on for Halloween-themed blogging events, so no pressure.) Stick to my decades or pick your own series of decades. Write about any films you’d like, and you don’t have to claim them or let me know ahead of time, since — I repeat — this is not an organized blogathon. Anything goes, no rules.

Another tiny announcement!
Beginning some time in the near-ish future, probably in December, I’m going to start publishing a series called “Lindsey Tries to Appreciate Westerns.” (The title is not creative at all, I realize.) Basically, what I’m going to do is subject myself to hours and hours of my least favorite film genre in order to see if I can find a few films that increase my appreciation of it. I’ve got my Netflix queue loaded up with a couple of films to kick off the series, but I want your input on what I should watch, so please leave Western movie suggestions in the comments here and I’ll pop them onto my “to watch” list. Bonus points if they’re available on Netflix, the Internet Archive or Amazon Prime.

One more!
I made an account on Letterboxd so feel free to add me there if you’ve got one. :) I also reluctantly reactivated my Facebook page for grad school networking purposes, so TMP has a page there now. New posts are automatically sent there but I also have posted a “Name that movie!” guessing game, updates to the Top Film of the Week feature that most of you probably didn’t even know I had on the front page of TMP, and a fun little ditty called “Hilariously Awful Netflix Poster of the Week.” You can find the link in the right-hand sidebar over there ——-> 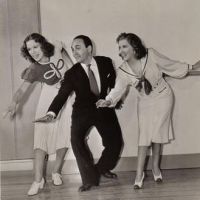