Bea Pullman (Claudette Colbert) is raising her young daughter alone, and running her husband’s maple syrup business after his death. One day, her door is approached by Delilah Johnson (Louise Beavers), a woman looking for work. Delilah says she found the address through an advertisement in the paper, but Bea isn’t looking to hire any help. As it turns out, Delilah is looking for a similarly-named street across town.

With food burning on the stove and young Jessie (Juanita Quigley) falling into the tub upstairs, Delilah sees that Bea could use her help, and offers to work in exchange for a place to live along with her own daughter, Peola (Dorothy Black), who is just a bit older than Jessie.

Bea and Delilah become fast friends, and their arrangement works out well for them both — even better when Bea gets the idea to use Delilah’s delicious pancake recipe (along with the late Mr. Pullman’s syrup recipe) to open up Aunt Delilah’s Pancake House.

The women become business partners, and their daughters (now portrayed by Rochelle Hudson and Fredi Washington) grow up together. While the business takes off and becomes a corporation, teenage Peola struggles to come to terms with her heritage.

Imitation of Life was directed by John M. Stahl and is based on a novel by Fannie Hurst. The film was, of course, remade by Douglas Sirk and released in 1959, Colbert and Beavers’ roles taken over by Lana Turner and Juanita Moore.

I was introduced to the 1959 Imitation of Life in a college film class and it has been one of my favorite films ever since, thanks in large part to the performances of Juanita Moore and Susan Kohner (as “Annie” and “Sarah Jane” — the 1959 equivalent of Delilah and Peola). I’ve known of the 1934 version for several years but haven’t felt the need to watch it, sure it couldn’t be better or more emotional than its remake.

And then, in January, TiVo recorded the 1934 version from TCM as a suggestion. Curiosity finally got the best of me and I decided to give it a watch. This review will consist of me eating buckets full of crow, for this version is every bit as good as — in some ways, even better than — the 1959 film.

Sirk brought his trademark melodramatic brush strokes to the ’59 Imitation of Life. Stahl’s telling is more subtle, with a sense of honesty and authenticity to it.  In combination with the fact that there is no showbiz in the story (Claudette’s character isn’t an actress like Lana’s was), the ’34 Imitation of Life is an un-glossy film, full of feeling.

It’s a very emotional watch, with several scenes of pure heartbreak. In one, Delilah tells Jessie not to apologize after calling Peola “black,” because Peola will need to learn to deal with judgments about her race. There’s such a sense of hopelessness in Delilah’s reactions to racism and ignorance. Rather than accept her place in society as determined by the social rules of the early century, Peola is desperate to distance herself from her mother and her race. The viewer can easily understand why Peola wants to “pass,” because the film makes very clear what her life will be like otherwise.

As such, the film is quite progressive in its handling of race issues, much more progressive than the ’59 version. While it’s true that Delilah is a little bit too subservient — driven by a wish to please her boss, willing to do a lot of work for a little payback, electing to continue on as Bea’s maid rather than moving into her own house after the business takes off — she seems to be written this way in order for the viewer to better-understand Peola’s perspective. She doesn’t want to become her mother and live a life devoted to other people.

I very much appreciated the handling of Peola’s journey in this 1934 telling. Sarah Jane was sent into a spiral of terror by her rejection of her “place” in society, face bloodied by the fist of a man who discovered her secret, and later going to work as a scantily-clad dancer. Peola, on the other hand, continues to face internal struggles, but her life away from her mother is not one of sin and scandal. She works as a salesgirl, or as a waitress. She has a place to live, a job, a quiet life. The difference is one of influence. Peola realizes the error in her ways through her own self-reflection and mental turmoil, rather than through constant reminders that she is living a lie.

The film is also progressive in its handling of gender roles, placing two female characters as successful, hard-working business owners… in the early 1930s, an era of film full of heart-eyed secretaries and women giving up work for love. Claudette Colbert is at her peak, giving a great performance as a mother devoted to supporting herself and her daughter. She and Louise Beavers play well off of each other, making a believable pair both as close friends and as business partners.

Neither version of Imitation of Life is what I would call a perfect film, but both are very good, and after finally watching this 1934 version I’d give it a slight edge over the remake. It may have fewer moments of big drama, but it’s still a film of high emotional impact, offering a heartbreaking exploration of motherhood, race, and the struggle to accept oneself. 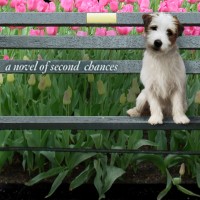 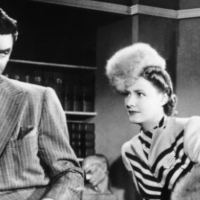