The Choice (2016) – I unashamedly love these corny flicks based on Nicholas Sparks, so I was pretty much guaranteed to enjoy The Choice. Last year I unveiled my best-to-worst ranking of the author’s adaptations; on the updated version, The Choice would land between Safe Haven and The Longest Ride, making it my fifth-favorite Sparks romance. I might actually tie it with Safe Haven for fourth place. Much of this film’s appeal comes from its performances. Teresa Palmer is a likable leading lady; I also enjoyed her performance in Warm Bodies. Benjamin Walker is charming as hell and plays the film’s most emotional scenes quite well. I’d be lying if I said a tear or two didn’t escape my left eye during the cemetery scene! Also, there are a ton of adorable pups in this film, so of course I must award it a TMP Cute Puppy Bonus. (Palmer and Walker’s characters both have dogs; Palmer’s dog has three puppies; Walker’s character is a vet, so there are dogs and cats shown at his practice; and another couple has two pugs!)

Eddie the Eagle (2016) – This is a sweet, inspiring, feel-good film. I can’t speak to its accuracy as a biopic since I know very little about its subject, but I can attest to the fact that it makes for a very enjoyable watch. (I do know that Hugh Jackman’s character is fictional.) As a period piece, the film captures the ’70s and ’80s quite well with its music, fonts, fashions and Olympic fans. Taron Egerton’s performance is lovable, his character charmingly optimistic. Not exactly groundbreaking or unpredictable, but just the ticket if you’re in the mood for a happy, family-friendly watch. Avoid if you’re the type to shy away from the sentimental.

Hail, Caesar! (2016) – A lot of classic film fans are excited about this film. I get it — it’s not every day we see a period piece set in our favorite era hitting theaters, much less a period piece actually set within the confines of a classic Hollywood movie studio. I was excited for this film for the same reason. How could it be anything but wonderful? Well, to quote the film… “Would that it were so simple.” Sadly, I was underwhelmed by it. There were several things I liked about it — Channing Tatum’s ridiculous musical number, for example, and the performances of Josh Brolin, Tilda Swinton, and Alden Ehrenreich. But, the Coens can do better. The Coens have done better. I laughed only a few times and often found myself wondering whether the film was laughing at or with classic cinema. I just expected more from the film, more fun/respect/authenticity (and, honestly, I was a little peeved that they used Loretta Young’s adoption of her own daughter as inspiration for comedy). On a more positive note, the set pieces and costumes are very nicely done.

How to Be Single (2016) – A middle-of-the-road romantic dramedy. There are a few mild laughs, a few moments that come close to achieving emotional impact and authenticity. I liked the emphasis on friendship/sisterhood and in general enjoyed the resolution of each storyline. Didn’t care for the narration by Dakota Johnson, which came off to me as a try-hard effort to make the film seem think-y. I think the biggest problem with this film is that it can’t decide whether it wants to be an ensemble piece, or make Johnson’s character the lead. She’s the thread that connects all of the other characters together, but I think I would have liked the film more with a little bit less of her story and a little bit more of the subplots, which had the potential to be very engaging (Damon Wayans, Jr. and Leslie Mann’s arcs in particular).

The Wedding Date (2005) – I’ve passed over this film about a million times on Netflix but decided to watch it one night for background noise while finishing up some blog posts. Netflix open in one window, WordPress in another, split-screen style, haha. I ended up paying attention to it more than I thought I would. There’s so much going on — a sibling rivalry, a cheating scandal, a might-turn-real romance with a hired escort, weird family politics. I became invested in all of these problems, so much so that I only finished a single blog post. So much for background noise! I do wish the film was a little longer, the plots point and characters a bit more fleshed out. It’s a skinny little film, running just under 90 minutes. It’s got that cheesy, cutesy rom-com ending but delightfully, there are a couple little surprises along the way. Fans of the genre who are participating in the “52 Films by Women” challenge may want to check this one out, as it was written and directed by women (Dana Fox and Clare Kilner, respectively).

The Witch (2016) – Equal parts disturbing and hilarious. Black Phillip was the best part of the movie, though *SPOILER ALERT* his voice cracked me up rather than scaring me. It reminded me of the “Little Baby’s Ice Cream” commercial narrator. *END SPOILER* I liked the fact that the story was based on actual folk tales and primary sources, though it seems to struggle in choosing between an exploration of those genuinely fascinating documents and puritan life, versus a “creepy woods” chiller in the vein of M. Night Shyamalan’s The Village. Mixed feelings from me, but it’s definitely one heck of a something. I have to give it props for the consistent level of tension.

One thought on “Films in 2016: Modern movies in February” 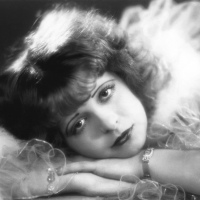 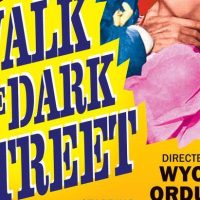