Well, we’ve made it through another month! I’m always a little sad at the end of August, since the end of the month also means the end of TCM’s Summer Under the Stars. I really enjoyed the programming this year and, thanks to an unfortunate but well-timed ankle injury that kept me couch-bound, was able to enjoy much more of it than usual! Here’s a look at what I watched in August.

It was an enormous viewing month, and not only that, but I watched a lot of great stuff! It was actually my largest viewing month since January of 2014. Over two and a half years ago! I watched 49 films that month, and August 2016 marks only the second time since then that I’ve watched over 40 films in a month. A formal thank you to my ankle for keeping me indoors during all of my free time and making this feat possible, haha.

My viewing did taper off a bit at the end of the month, due to the start of a new semester — I thought for sure I’d hit 50 for the month, but wound up with 43. I plan to do a bit of catching up on the final view days of SUTS via WatchTCM, and will have a post up next week detailing everything I watched from SUTS. It made up the bulk of my viewing this month but as you can see from the list above, there are a few Stanwyck flicks and newer titles mixed in as well.

Clearly, WatchTCM was the method of choice for my SUTS fest, haha. I liked having the ability to look at the offerings for the entire day after it aired, picking out what sounded most interesting to me at the time. I could have done the same by looking at the schedule for the month and recording what sounded most interesting, but chose to use WatchTCM for the convenience factor of being able to watch anywhere. (I don’t have a TV in my bedroom or in the backyard, and I watched several films in both of those places via laptop!)

The “One year, one film” project came to an end this month, and I posted a wrap-up of the whole thing, with links to every post and some discussion of the trends I discovered.

The featured “Favorite things about…” film of the month was Blonde Crazy, starring the always-wonderful Joan Blondell and James Cagney, hoooooney!

The Barbara Stanwyck Filmography Project also got a couple of updates — reviews of The Bride Walks Out and Internes Can’t Take Money.

The rest of the month was filled with film reviews, which you can of course read by visiting the archive in the right-hand sidebar!

EXTRA! EXTRA! Read all ’bout it!

As promised in the title of this post, a tiny announcement. I’m ridding TMP of its scoring system! Recent visitors may have noticed a greater frequency of score-less posts, and I haven’t been adding scores to the reviews I’ve drafted during SUTS.

I made this decision for a few reasons. First, the scores seem to confuse people. I’ve had several comments and e-mails in the past few months asking why I assigned a certain rating to a film. Lots of questions like “You seem to have liked the film. Why only 3/5?” My usual response is to direct the reader to the rating system page, or explain the fact that 3/5 is not a poor rating in my book. I don’t mind doing this explaining, but why make things more complicated than they need to be? The content of the review speaks for itself, giving the reader enough of an idea of whether or not I would recommend the film.

I’ve also had, not as frequently but also more frustratingly, comments and e-mails from folks who look at only the score and then want to argue about a film, without having read the actual content of my review. This is usually an overreaction to a lower score. Rarely have I written a purely negative review — I always discuss the positive and negative aspects of a film within my reviews. With no score, there’s no skipping to the end and reacting based on a bold-type number.

I will be including rankings (recommended, highly recommended, must-see) on future “One year, one film”-style posts and out-of-10 scores on the buddy-watch cheesers I cover with Todd of Cinema Monolith. But other than that, no more scores!

With that ramble finished, that’s all for this month’s viewing update. Hope you all had many wonderful hours of movie-watching in August, and here’s to a great September! 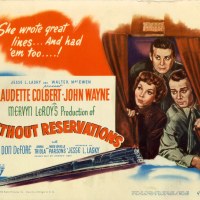 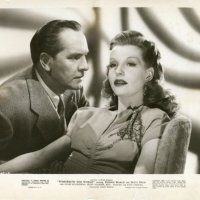