The last time I filled you all in on the new additions to my collection was in March, so I think it’s time for another update! I haven’t been buying many DVDs, but still have plenty of items to share, as the money I would usually spend on DVDs has gone toward other fun collectibles. My mom and I recently discovered an antique mall we’d passed a billion times but had never gone in… and they have several vendors specializing in movie memorabilia. I’ve also made a couple of very lucky thrift store finds!

Without further ado, here’s everything entertainment-related I’ve added to the collections since March.

…and that’s it for this update! Once I get all of the art hung up, I’ll share a few more pictures. 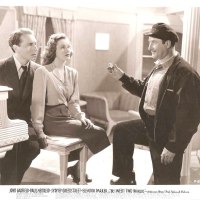