George Dewey Cukor was born on July 7, 1899. Had he been born superhuman (which, in terms of talent, he was), last Saturday would have been his 113th birthday. Though he was replaced as the director of the legendary 1939 film Gone with the Wind, Cukor would go on to become a legend in his own right, directing some of classic Hollywood’s best films and working with some of the Golden Era’s best actors (many of whom were made stars by his films).

The following are, in no particular order, five of my favorite films directed by the amazing George Cukor (though it was hard to choose only five!):

The Women (1939)
The Women features an all-star, all-female cast and tells the story of rich wife Mary Haines who, along with her entire social circle, discovers that her husband is having an affair with perfume counter girl Crystal Allen. The film is a complete riot of a dramatic comedy, with a highly melodramatic script and fantastic performances by the entire cast.
It’s only by chance that Cukor ended up directing this film. Shooting was scheduled to begin only a month after Cukor was dropped from Gone with the Wind, but once he became available, producers for The Women snatched his talents up. Unfortunately, this film is one of the reasons he’s often pigeonholed as a “women’s director,” but his talent and the appeal of his films far exceeds that label, especially with modern audiences who discover his films. My favorite little touch that Cukor put on this film was the use of only female actors (including the dogs and horses!). A particular favorite cast member of Cukor’s was Joan Fontaine, who he explained in the 1964 Overstreet interview* as finding herself as an actress during the film:

“There is a scene in The Women where she is in Reno with a lot of other women waiting to get a divorce. Suddenly her husband calls her, there is a long conversation and she realizes that she is still in love with him. Joan did the scene, talking on the phone, and all at once everything fell into place. Al the things she ever dreamed of happening to her as an actress, actually happened. She did this scene with the most tremendous force and feeling. It was a thrilling moment when she realized that she was an actress and after the take she looked at me and said, ‘I really am an actress.'”

Born Yesterday (1950)
When I reviewed Born Yesterday on TMP I gave it only a 3.5 rating, but after re-watching it I would bump that up a bit and have come to consider it one of my favorite Cukor films. The film follows Billie Dawn, an ex-showgirl who is the mistress of a wealthy tycoon. The rich man hires a tutor, Paul Verrall, to soften Billie’s attitude up a bit and make her presentable, but it backfires on him when Paul helps Billie realize that her lover is nothing more than a crook.
My favorite Cukor touch on this film was the decision to hold live rehearsals before shooting, as though it was still a stage production. The cast gave six performances in front of audiences so Cukor could perfect the pacing of the film based on the audience reactions. This was a brilliant move on his part, and something that he usually would not have done. Explained Cukor* when asked if he usually thinks of the audience while making a film:

Keeper of the Flame (1942)
Spencer Tracy and Katherine Hepburn star in this Cukor film, which is one of my favorites of their pairings. Tracy is a journalist writing a biography of a nationally respected man who died tragically when his car ran off a bridge. Interviewing the man’s widow, the reporter uncovers a few dark tidbits of information about the hero’s death.
Ironically, though I love this film, Cukor was apparently dissatisfied with the end result, as he explained in a 1969 interview*:

“I did enjoy making Keeper of the Flame. I thought the first part of the film was bang-up – there was less to this than meets the eye – and then it sort of went to pot. The early scenes had enormous intensity, but toward the end […] the story just pooped out. That was the real trouble.”

Though he felt that Hepburn did as well as she could with the material and gave praise to Tracy’s performance, Cukor wasn’t happy with how it all turned out in the end, stating that her performance seemed very artificial. He felt that the film overall was quite stiff, but I have to disagree with him.

A Star is Born (1954)
A Star is Born is not only one of my favorite Cukor films, but also features my favorite performance from Judy Garland. The film follows the tumultuous romance between aging movie star Norman Maine and showgirl Esther Blodgett.
This was Cukor’s first musical and his first full-color production, which makes it all the more wonderful because he handled those new challenges so well. Cukor had actually been considered for the original, non-musical A Star is Born as well, but had turned it down because he thought it was too similar to his 1932 film What Price Hollywood? He decided to take on the remake for the opportunity to direct in technicolor, to direct a musical and to work with screenwriter Moss hart and star Judy Garland.
While Cukor’s first musical is still highly regarded as one of the best, he was disappointed* with the way the studio handled the film, cutting out a lot of moments that he found important:

“The story of what happened to A Star is Born is rather sad. […] The version cut by Moss Hart and me was the original release version, shown complete with great, ravishing, enormous success. After the inital release the studio found that its length restricted the number of daily showings, so they cut it further, and I think disastrously. They cut wonderful, wonderful scenes. […] All these cuts interfered with the development of the love story and reduced the impact of their relationship. So much was lost that I felt it was a great pity.”

Gaslight (1944)
Gaslight is a dramatic thriller. It follows Paula, who finds the dead body of her aunt whom she lives with. The police don’t find the killer, and Paula is sent away to school, only to return ten years later and move into the home where her aunt died.
The most striking thing about Cukor’s work here is just how well all of the elements he set up work together to help the film reach its potential. The atmosphere is absolutely perfect for this Victorian, noir-esque and certainly mysterious story of obsession. Cukor was also very impressed by Bergman and they became fast friends, though she didn’t understand some of his directing techniques, as he explained in a 1969 interview*:

“She was rather put off by one aspect of my working technique. Between setups I try to compensate for the  absence of an audience, and the special tone and excitement that an audience can lend a performance, by going in and talking to the actors about all sorts of things. […] Sometimes I tell them ‘It’s almost right,’ and go in and chat with them between setups. When I did this with Ingrid, she’d look at me with those cool Swedish eyes and say, ‘You’ve already told me that. I’m not stupid, I remember it.’ So I thought: ‘Oh dear, well, well, well, I mustn’t say that.’ Then, when I wanted to say something, I thought: ‘I’d better not.’ And then: ‘Oh, the hell with this. That’s the way I work and she may as well get used to it.’ She did, and we became good friends. I think Gaslight owed its tingle of excitement to that technique of mine.”

Throughout his career, Cukor was nominated for five Best Director Oscars (one of which he won, for 1964’s My Fair Lady), recieved a DGA Lifetime Achievement Award (plus three directorial nominations and one win from the DGA), and won an Emmy among many other well-deserved accolades.

And not only was he talented — he also truly loved making films. In a 1964 interview with Richard Overstreet*, Cukor said:

“I try to make every picture the best. It’s the only way to work. There must be a climate of amiability and fun and excitement. Every picture I do is the first one I’ve ever done… and it’s the last. Making a picture is enormously important to me and the experience is a joyous one.”

*Quotes in this post are excerpted from the book George Cukor: Interviews, edited by Robert Emmet Long, University of Mississippi Press, 2001

A note from Lindsey: Since July is my birth month, all of the Tuesday lists for the remainder of the month will be dedicated to classic film greats with July birthdays. Keep an eye out for these lists throughout the next few weeks! 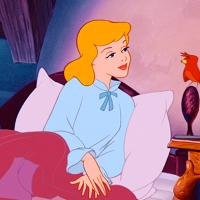