Taylor is Bruce Templeton, an aerospace researcher. Day is Jennifer Nelson, a part-time “mermaid” and NASA employee who catches Bruce’s eye. The two meet while she’s on the job as a mermaid, after he catches her tail while fishing.

Things get complicated Bruce’s coworkers begin to suspect that Jennifer is spying on the lab and attempting to send all of their secrets to Russia!

Doris Day is absolutely amusing, as usual. Her character is a bit oblivious and accident prone, which brings even more laughs in addition to those provided by her stellar delivery. And of course, she gets to show off her beautiful voice once again, on the title track, her rendition of “Que Sera, Sera” and “Soft as the Starlight.”

Rod Taylor’s performance is solid as well, though nowhere near as charismatic or likable as Doris. An actor who had more magnetic chemistry with Doris could have been chosen, but they make it work and are convincing enough as a couple.

The supporting cast is excellent, especially as they begin to form suspicions of Jennifer. Any laugh that isn’t provided by Day is certainly provided by one of these supports (Paul Lynde, Edward Andrews and others) as they all follow her, attempt to collect evidence against her and plot to unmask her. Dom Deluise is the best of the bunch.

These men aren’t quite smart enough to catch Jennifer. She outwits them every time, usually with hilarious results.

This is one of Doris Day’s funniest comedies, and a gem of a spy film as well. Though I will always prefer her films with Rock Hudson, I highly recommend The Glass Bottom Boat. 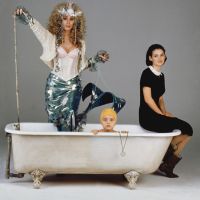