“Life’s a banquet, and most poor suckers are starving to death.” So goes the expression that Auntie Mame (the amazing Roz Russell) lives by. She doesn’t want to be one of those poor suckers, and she certainly does live a full life!

Eccentric Mame takes in her young nephew Patrick after her brother passes away, and the film follows a pretty large chunk of their lives from there on out. Patrick is a mere child in the beginning of the film, and is married by the end – quite a long span of time to cover in a little over two hours, but Auntie Mame succeeds covering it fully and sufficiently. During the progression of their lives, the two (and their merry cast of associates) encounter great adventures – in other words, they get the most out of that banquet that Mame mentioned.

Packed with plenty of laugh-out-loud moments and delightfully over-the-top scenarios, Auntie Mame is the perfect film for just about anyone with a sense of humor.

I posted a very short review of this film back in February with not much to say about it except that it was hilarious and I loved it. It became an instant favorite of mine and, even with all of the great comedies I’ve watched so far this year, remains my greatest discovery of 2012 thus far. It is available for both instant viewing and DVD delivery on Netflix.

Coming soon to TMP: A guest post from silverscreenings analyzing ‘Auntie Mame’ in comparison to the book it is based on. Stay tuned! 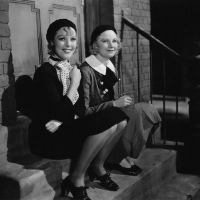 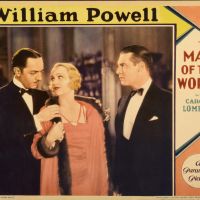