If that tagline isn’t enough to make you want to see Frogs (1972), you must have no appreciation for the wonderful world of good-bad movies. Frogs (1972) is at the top of the heap when it comes to corn, as you’d expect from such a hilariously dramatized marketing slogan.

Directed by George McCowan, the film centers on Jason Crockett (Ray Milland), a wheelchair-bound millionaire who has his own island and invites his family to stay on the island with him for his birthday.

But “Crockettland,” as they call it, is plagued by an infestation of creatures. Grumpy old Mr. Crockett hates them all and has a habit of sending his staff out to poison them.

Nature photographer Pickett Smith happens to be in the area working on an assignment for an ecological magazine when his canoe gets swamped by a few members of the family coasting by in a speed boat. They invite him to stay with them, giving him clean clothes and assuring them that he’ll be able to get back to the mainland in no time.

Stuck on the island for the night, Pickett begins to realize that the family has an odd super-hatred for frogs, which Jason complains have been taking over the island in huge numbers. And soon, things take a turn for the sinister when members of the family begin dying, one by one, attacked by the island’s creatures.

My first thought as I watched the opening scenes of Frogs was that they should have made Ray Milland the evil force if they wanted to craft a true horror flick. He sends his children out to hide in the mist when strangers arrive; the phones in his home don’t work; everyone in the family acts a bit “off.” Killer Grandpa, anyone?

The fact that the script doesn’t go this route and instead focuses on frogs and other creatures is what makes it corny. These frogs, who don’t do much but sit around looking disgruntled and hopping every once in a while, are meant to be the antagonists. They aren’t even enormous, man-eating frogs — just normal frogs! Shots of the croaking little devils are interspersed throughout the entire film to emphasize the “scaaaary” (but instead, they just make the audience laugh).

It is the script itself, not necessarily the performances, that bring the corn for this film. Ray Milland seems to be totally buying into his character, as do most of the other actors. There are a few scenes that serve as exceptions to this (namely the death scenes, which are so corny I could barely handle them without falling off of my chair), but for the most part, the writers must be credited for the cheese. Written into the script are dozens upon dozens of conversations about frogs. Everyone seems absolutely obsessed with them, which makes their actual harmlessness even more hilarious.

On top of the script, there’s a fantastically exaggerated dramatic score and plenty of slow zooms on the supposedly maniacal frogs. In addition to the frogs, there are also slow zooms on surprised-looking snakes and lizards (see below), blood-thirsty spiders, and all of the wonders you’d expect to find on a swampy island. (The spiders actually did kind of freak me out, but the rest of the “evil ones” are just funny.)

Possibly the funniest thing about the film is the fact that all of the predators could easily be avoided by simply running away. None of them are fast-moving creatures, and they’re all incredibly small compared to humans (with the exception of a single gator). Instead, the film’s characters try to shoot or poison the creatures, among other nonsensical kill tactics.

Eventually the animals do prove that they are truly evil and begin wreaking real havoc on the family, and the film gets even funnier at this point. Even the trees begin to attack!

Frogs has everything you could want in a corny film: Grandpa’s apathy when virtually his entire family dies at the hands of amphibians; an over-the-top ending; Ray Milland pulling out a revolver and shooting a snake in the face. It’s a seriously fun watch that shouldn’t be missed by anyone who adores the “so bad it’s good” class of films. (You may want to avoid it if you actually have a frog phobia. I love frogs, but if they freak you out when they’re not killing people, you probably won’t enjoy this one.) 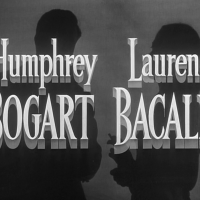