Mysterious deaths are happening in a small village, so Inspector Kruger calls in a doctor to perform an autopsy on the latest corpse.

Dr. Eswai arrives and does his best to solve the case with the help of the village witch, Ruth, but he can’t protect himself from meeting his own grim fate. He soon turns up dead, too.

Can anyone figure out who (or what) is killing off the townspeople one by one? It there an incredibly sneaky serial killer on the loose, or is it something supernatural?

Kill Baby Kill is another great film from Mario Bava, whose work I’ve been discovering via Netflix. It’s incredibly suspenseful, boasting fantastic sound and cinematography to bolster the eerie mood. Spine-tingling music and the always-creepy sounds of children laughing are used.

I’ve come to expect great things from Bava’s films, visually, and this one is no exception. Striking camera angles and an interesting use of color work well here. Bava collaborated with Antonio Rinaldi for the third time on this film. The two would make a total of eight films together.

Though originally released in Italian, Netflix has this film in a dubbed version, which really grinds my gears. I can’t speak to the quality of the performances because I’m not hearing the dialogue the way it was originally delivered by the actors. I always prefer to watch films in their original language, because any time dubbing is used it messes with the mood of the film and often distracts me. I’ll take what Netflix will give me — I’d rather see the film in a dubbed version than not at all — but beware if you decide to give it a watch!

Though it’s hard for me to completely judge Kill Baby Kill due to the dubbing, all of the non-dialogue elements of the film come together nicely and make it an enjoyable watch. I’ve decided not to score it because of the obnoxious dubbing, but I can only assume that in its original language, it would be exactly the type of exciting thriller I’ve come to expect from Bava through the few films I’ve seen from him thus far. 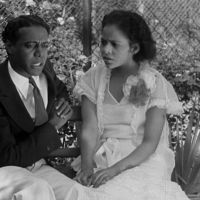