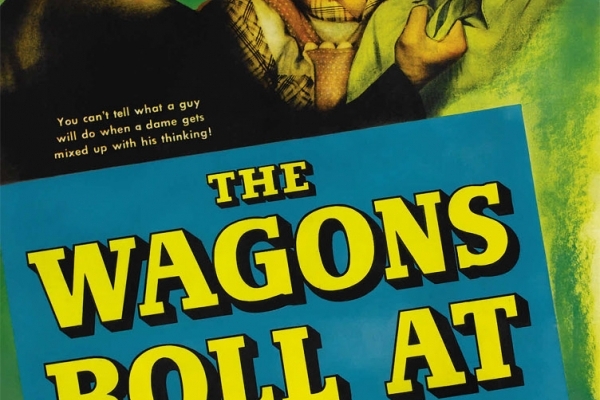 A lion has escaped from the circus and is wreaking havoc on a small town until Matt Varney (Eddie Albert), a local general store clerk, tames the lion and saves a baby from it.

Nick Coster (Humphrey Bogart), the rough and cynical owner of the circus, offers Matt a job as an assistant to Hoffman the Great (Sig Ruman), the lion tamer.

There’s one small problem: Hoffman’s a drunkard. Though Nick originally hired Matt just to attract the local townspeople to the circus, Matt shows great promise as a lion tamer, especially after taking over a show when Hoffman is too drunk to perform.

This may be just the beginning of Matt’s lion-taming career, leaving Hoffman jealous. Is Matt too nice for the circus, as fortune-teller Flo Lorraine (Sylvia Sidney) believes, or will he be able to stand up to the angry Hoffman?

The Wagons Roll at Night was directed by Ray Enright for Warner Bros. This film is a remake of 1937’s Kid Galahad (in which Bogart also appeared), adapted from the world of boxing to a circus setting. According to TCM, this is the first role for which Bogart received top billing.

I wasn’t sure I’d be able to buy him as a circus boss, but Bogart is as reliable as ever in this film. I expected a heavier dose of quirk from his character, since he does run a circus, but instead, Bogart plays Nick Coster as a no-nonsense businessman.

Matt is a very likable character as well, and Eddie Albert is very nicely cast in the role. He easily pulls off the heart-of-gold, boy-next-door persona of the friendly, energetic Matt. His romance with Nick’s sister Mary (Joan Leslie) is cute. Both actors have plenty of charm and seem very sweet.

Sylvia Sidney’s performance is, of course, great as well. Her scenes with both Bogart and Albert are wonderful. Alongside Albert she displays sensitivity, while alongside Bogart she seems very self-assured and outspoken.

Though I love the cast and all of their performances are good, the story of The Wagons Roll at Night never fully grabbed me. While there are a few stand-out scenes, the level of drama is fairly tame (pun intended) throughout the majority of the run-time. The central conflict is very simple, which isn’t always a bad thing, but in this case works against the film. The drama surrounding the Matt/Mary romance was much more interesting to me than the circus drama of Matt and the disgruntled Hoffman.

The Wagons Roll at Night is worth a watch for the performances, but don’t go into it expecting anything spectacular story-wise. The score: 2.5/5 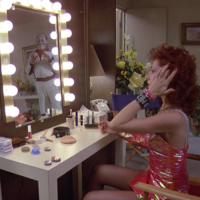