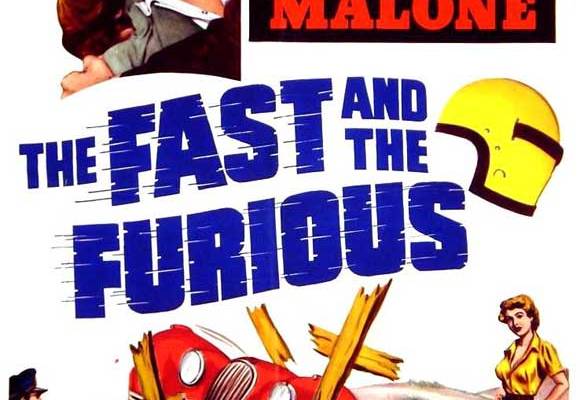 Frank Webster (John Ireland) has escaped from prison, and he’s on the run. At a roadside stop, he meets Connie Adair (Dorothy Malone), a young woman with a sports car who is heading to Mexico to compete in a cross-border race.

A trucker  has stopped at the same restaurant as Connie and Frank. When the trucker becomes suspicious of Frank, the escaped convict pulls a gun, knocks him out, and commandeers Connie’s car, taking advantage of her plan to attend the race in order to get himself to Mexico.

John Ireland and Edwards Sampson direct 1955’s The Fast and the Furious, which was shot in just nine days on a $50,000 budget. Despite the involvement of fast cars, the modern Fast and Furious franchise is related to this mid-century flick in name only.

Roger Corman, in addition to writing the film’s story, served as second-unit director on this film. According to TCM, he also realized he wanted to continue working behind the camera after making this film. He went on to direct such “classics” as She Gods of Shark Reef and The Raven.

The Fast and The Furious is pretty great for a B-movie. The story breaks no incredible ground, but the pace is fast, making it easy for the film to hold the viewer’s attention.

[MILD SPOILER] The plot is also made more complicated than your standard fugitive-on-the-run story by the fact that Frank is truly innocent. Ireland’s performance, which is, at times, quite menacing, leads the viewer to believe that Frank is a hardened criminal before the truth about his conviction is revealed. This revelation — and the viewer’s need to slightly re-calibrate their opinion of Frank — adds an interesting element to the film. [END SPOILER]

The performances are also solid, too. John Ireland (star and co-director) plays the hard-edged criminal successfully. Dorothy Malone is even better as the headstrong, thrill-seeking and outspoken woman who doesn’t cower to Frank’s attempts to intimidate her.

Is The Fast and the Furious the best film I’ve ever seen? Nah, not even the best B-movie. It is, however, one of the more enjoyable films I’ve seen about car racing — a sport I usually find dull in film, and in the real world. The mix of auto racing and criminal manhunt works well, and the performances are good. This one’s worth a watch. The score: 3/5 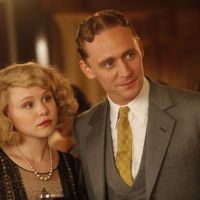 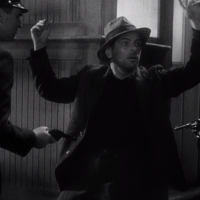