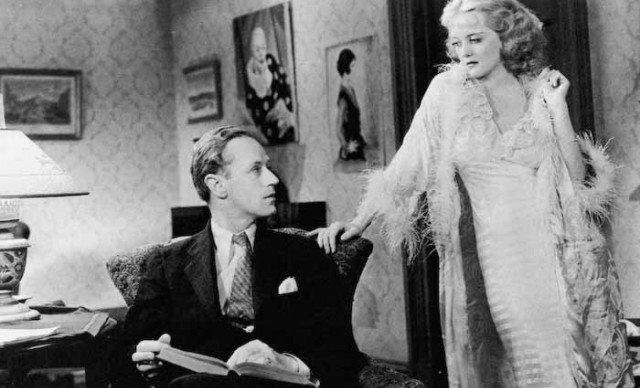 Welcome to this week’s installment of TMP Recommends, the series in which I share five films i think you should watch on TCM over the next seven days! All times are listed in EST and pulled from the US version of the TCM schedule. Happy viewing!

Of Human Bondage (1934)
Airing on TCM: April 23, 7:30 am
Two of old Hollywood’s greatest talents, Bette Davis and Leslie Howard, share the screen in this adaptation of W. Somerset Maugham’s 1915 novel. Howard is Philip Carey, an aspiring painter who gives up art and heads off to medical school after being told that he has no talent. He becomes infatuated with Mildred, a waitress, and plenty of dramatic romantic complications ensue. Davis gives a stellar performance as Mildred, for which she earned the first of her many Oscar nominations.

Forbidden Planet (1956)
Airing on TCM: April 24, 8:00 pm
Alta Morbius (Anne Francis) was living a happy life in a futuristic colony among hyper-intelligent Krell beings on a planet far from Earth, until a monster attacked and ruined it all. She is one of two survivors (not counting Robby the Robot, her friendly mechanical sidekick); the other is her father (Walter Pidgeon). A smart, thought-provoking script mingles big questions about human intelligence and power with comedy, romance, and a few thrills. The film is made even more fun by futuristic gadgets and cartoonish-but-stylish visuals.

The Private Life of Henry VIII (1933)
Airing on TCM: April 26, 8:00 am
Though this film doesn’t provide the most thorough or accurate look at the six marriages of the infamous Henry VIII, it is an entertaining take on the monarch’s personal life. The pace is very past, and Charles Laughton’s performance in the lead role is great. Adding to the film’s appeal is Elsa Lanchester, Laughton’s off-screen wife. She portrays Anne of Cleves, who Henry famously ended his marriage to because he thought she looked like a horse. Lanchester and Laughton are hilarious to watch together, clearly having a great time portraying these characters. Their shared scenes alone make the film well worth a watch!

The Pride of the Yankees (1942)
Airing on TCM: April 26, 4:00 pm
Gary Cooper stars as famed baseball player Lou Gehrig in this biopic, which tells the story not only of Gehrig’s career but of his marriage, and of the way that he approached life. He works hard and remains humble in spite of his success, and he faces hardships with strength and grace. The Pride of the Yankees is an inspirational and somewhat sentimental film, sure to touch the heart of any viewer — even cold-hearted and sports-averse viewers like myself!

The Set-Up (1949)
Airing on TCM: April 28, 11:45 pm
Robert Ryan stars as Stoker Thompson, a veteran boxer who has been involved in the sport for twenty years. While his wife and manager both think he should give up boxing, Stoker is stubborn and thinks that he can still win matches, despite the fact that his competitors are many years his junior. More than just a string of filmed boxing matches, The Set-Up is a dramatic and tragic story of betrayal, with a fantastic lead performance by Ryan. 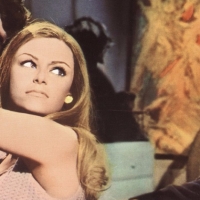 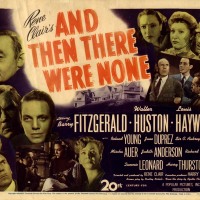