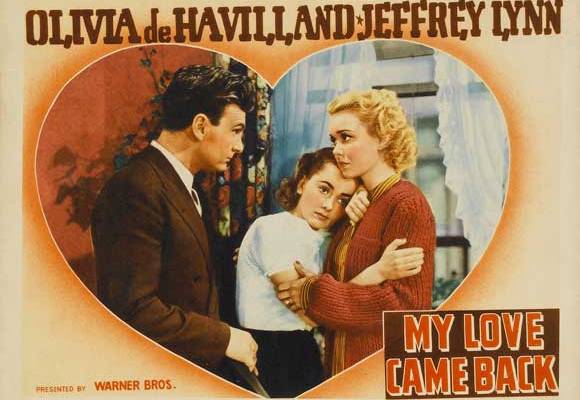 Amelia’s scholarship isn’t enough to allow her to continue her studies and financially support her mother, so she needs to make some extra money. But the dean, Dr. Kobbe (Grant Mitchell), won’t allow Amelia to give music lessons in her free time, as she has secretly been doing to earn a bit of cash.

Just as she’s losing hope, Amelia gets some unexpected financial assistance from a wealthy, well-known man named Julius Malette (Charles Winninger), a manufacturer of musical equipment. Julius recognizes her talent (and her beauty) immediately when he sees her perform. He decides to cover Amelia’s tuition after he overhears her telling Dr. Kobbe and Professor Peyer (S.Z. Sakall) about how she supports her family, and learns of her plans to leave the Academy.

He sends her a phonograph, along with a small collection of records, so she can be exposed to a greater variety of music. Amelia and Julius also begin attending concerts and other musical events together. Romantic and comedic complications ensue as the very-married Julius crushes on Amelia, while she finds herself falling for someone else.

My Love Came Back was directed by Kurt Bernhardt, from a screenplay by Ivan Goff, Robert Buckner, and Earl Baldwin.

The cast of My Love Came Back is amazing! I had no clue that Olivia de Havilland and Jane Wyman had ever made a film together. (Apparently, they made two — this and 1943’s Princess O’Rourke. What type of rock have I been living under?) I count them both among my favorite actresses, so for me, half the fun of watching this film was to see them sharing the screen!

Wyman, de Havilland, and Eddie Albert are a fun trio as three friends trying to make it in the music biz. They’re believable as friends brought together by a common interest, but with enough differences that they don’t always perfectly understand each other. The actors all work well together, with Albert and Wyman being great additions to the film but not overpowering the star.

As if Olivia de Havilland could ever be overpowered! She shines in this performance, which hits all of the right notes in terms of both comedy and emotional punch, in the business side of the story as well as in the romantic subplot. She also has nice chemistry with *SPOILER ALERT* Jeffrey Lynn, who portrays Tony, factor manager for Julius’ company and a love interest to Amelia. There are a lot of misunderstandings between them when they first meet (Tony assumes Amelia is Malette’s mistress!), but they’re instantly fond of each other, and obviously a nice match. They’re very easy to root for. *END SPOILER*

Rounding out the stellar cast are S.Z. Sakall, Charles Winninger, Grant Mitchell, and Spring Byington… so many familiar and lovable faces!

While the cast is certainly a major draw for the film, it also has a pretty good script, which is well-paced. The dialogue seems very natural, and the music is fantastic, too – a mix of classical (the favorite genre of de Havilland’s Amelia) and swing (the favorite genre of rambunctious Dusty, Eddie Albert’s character).

My Love Came Back is, all around, a delightful watch! Olivia de Havilland may be best-known for her more dramatic roles, but she had a real knack for comedy too, as proven by her performances here and in similar romantic comedies (including TMP favorite It’s Love I’m After). The score: 4/5