Note: Today we end our exploration of The Complete James Dean Collection with a review of Giant. If you missed ’em, here are the other reviews from the set: East of Eden and Rebel Without a Cause.

Bick Benedict (Rock Hudson) is a very wealthy rancher living in Texas. When he travels North to buy a horse, he meets the beautiful Leslie Lynnton (Elizabeth Taylor). The two have a whirlwind romance, marry, and move back to his Texas ranch, Reata.

The household at Reata is managed by Bick’s sister, Luz (Mercedes McCambridge), who doesn’t seem to like Leslie very much. Leslie, on the other hand, is none too impressed with the living conditions of the local Mexican ranch workers. Tension grows on the ranch, even more so as Bick’s rivalry with local handyman Jett Rink (James Dean) intensifies.

There are some bits that lag, and I don’t think every second of that 201 minute run-time was needed to tell the story, but for the most part the film is very engaging. The first act is the slowest. Things pick up particularly remarkably when Jett discovers the oil and his feud with Bick grows stronger.

Modern movie buffs will be reminded of Days of Heaven while watching this film, with its setting of a big Victorian house in the middle of nowhere, and its dusty small-town dramatics. (Days of Heaven clearly took some inspiration from Giant; the houses look nearly identical from the outside.) It falls into a very specific genre: the sprawling Southern drama. There’s some soapiness to be had as Giant blends family, business, romance, poverty, sexism, and racism all into one story.

Elizabeth Taylor’s character of Leslie is a great one — strong, determined, and the type of person who requires you to win her respect through virtue. She’s an interesting contrast to Rock Hudson’s Bick, providing some motivation for his transformation by the film’s end.

Dean’s cowboy role is probably the most difficult to buy of his three leading performances, but he’s still quite good here. His accent is finely executed, not too exaggerated or hokey. His role grows as the film progresses, and there’s a very striking quality to his performance. Whenever he’s on screen he captures the viewer’s attention, in several scenes capturing the viewer’s full attention and stealing scenes from the others, beginning with his big oil discovery.

Also on the positive: the stunning cinematography, and the music.

I think films of this length are best viewed on the big screen, but I’m very happy the film was resorted for home video release regardless, after having been neglected for many years.

Like the other films in The Complete James Dean Collection, Giant comes in the form of a two-disc DVD with lots of cool features. Here’s a list:

Everything you ever wanted to know about the film can probably be learned from this DVD! A must-have for any fan of the film. 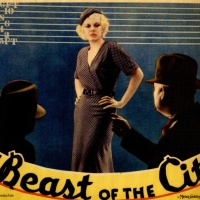