Last weekend, the Redford offered up a screening I couldn’t miss: Alfred Hitchcock’s To Catch a Thief. It was a digital presentation — not the preferred format for a classic film revival, but still very exciting, since I’ve loved this film for so long and have never seen it on a screen larger than a LIFE magazine. (Okay, maybe a screen the size of two LIFE magazines, but still very small in comparison to the Redford’s enormous one.) As always, the Redford offered three showings — Friday night, Saturday night, and Saturday matinee. I attended the Saturday night screening.

There were no short films screened this time around, though wonderful organ concerts prior to the show and at intermission were provided by John Lauter, whose name regular TMP readers will remember for his accompaniment to He Who Gets Slapped and Pandora’s Box. I always love listening to that Barton organ, and will forever marvel at the talents of the folks who are able to play it, with all of its keys and pedals and special effects.

As for the main feature, it was truly a wonderful experience to see To Catch a Thief on the big screen after loving it for so many years. This is one of the films that got me interested in classic movies. I also consider it my favorite “comfort food” feature, a movie that I can put on at any time and instantly have my mood lifted. My love for the film has been documented several times on the blog, with inclusion on my list of “Fifteen endlessly re-watchable classics,” Frances Stevens’ appearance on my list of “Characters with Enviable Wardrobes,” and a whole post dedicated to the film for the My Favorite Classic Movie blogathon. With stunning photography, two very talented (and very beautiful) leading stars, and a story that blends romance with mystery, To Catch a Thief never fails to entertain.

As usual, seeing the film in a theater for the first time, I noticed many things about it that I never had before. Grace Kelly’s character and her persistence in pursuing Robie came across as much more humorous to me than it has in previous viewings, especially with Cary Grant’s expressive reactions to her displayed on a screen as tall as a two-story building. Despite the fact that I’ve seen it about a million times, I’d never quite grasped the full extent of To Catch a Thief‘s wit, nor the frequency of its innuendos. I (and the audience around me) got quite a few laughs out of it.

I also gained a new appreciation for the performance of Jessie Royce Landis as Frances’ mother, Jessie Stevens. She is absolutely hilarious in this role, bringing several of the film’s best laughs, from her insistence that everyone start calling her “Jessie,” to her assurance to Robie that she’s a heavy sleeper (after he’s spent the evening next door with Frances), to her upside-down book reading. She adds a whole other layer of excitement and fun to an already highly-enjoyable film!

I’m always glad to see big crowds of people enjoying classic movies, and the crowd for the Saturday night showing was a pretty good size, though the upper section of the balcony was closed for the evening. The lower balcony (where I like to sit) was practically full, and there were a lot of people sitting downstairs, too. Many of these folks must never have seen the film before, as the crowd reaction to the “unmasking” of the copycat burglar was amazing. So many gasps! I also delighted in the audience reaction to Alfred Hitchcock’s cameo — possibly my favorite of any of his cameo appearances in his own films. This is always my favorite part of screenings at the Redford: the opportunity to see classic films I love bring enjoyment to a diverse crowd of people.

If you live in the metro Detroit area and are interested in attending a screening at the Redford, please visit their website for the schedule of upcoming screenings. 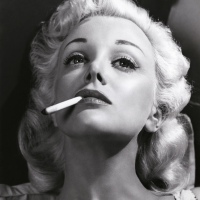 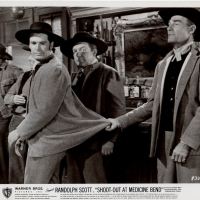 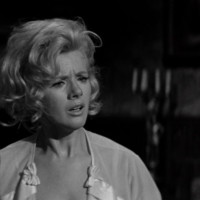 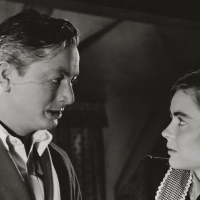