A lot of you who read TMP are fellow bloggers, so you all know how much time and effort it takes to keep a blog running. I tend to spend most of my free time watching and writing, drafting new posts for the blog whenever I have a spare hour or two. This is something I greatly enjoy doing, of course — there’s nothing I love more than spending my time with a black and white double feature! But we’re all human, and sometimes… humans get distracted. Here are some of the things I spent time on in June, when I could have been watching more movies.

Binging on iZombie
I love watching movies but sometimes I’m just really not in the mood to watch a movie. Usually this happens when I get burned out on writing for a bit. I’ve been blogging for so long that I physically can not restrain myself from taking notes during a film, and from drafting up a review as soon as it’s over, so when I need a break from writing, I tend to take a little break from film, too. I hit one of those moods early in the month and decided to try out an episode of iZombie. As is often the case with Netflix or any other streaming service offering instant access to television shows, one episode turned into a marathon of the entire first season. Luckily for me, Netflix has not yet added the second season of iZombie, so my binge wasn’t as lengthy as it could have been. But I completely fell in love with this show. It follows Liv, a woman who has it all — a hard-earned degree, a promising medical career, a perfect fiance, friends and family who love her. Her life is turned upside down one night when a coworker invites her to a party, all hell breaks loose, and she gets turned into a zombie. Ditching her up-and-coming doctor gig, she takes a job at the morgue, eventually confessing her zombie-ism to her coworker, Ravi. She eats brains from the morgue and is able to absorb some of the memories of the deceased, so she ends up assisting police investigations under the guise of having a psychic gift, while she and Ravi also search for a zombie cure. It’s a great twist on the police procedural, full of wit, great characters, interesting investigations and a few zombie-driven thrills.

A new season of Orange
I had no plans to watch the fourth season of Orange is the New Black immediately when it was released this month. I had never even finished the third season! But realizing I was only a few episodes away from the end of season three, I decided to get caught up one night while doing some chores around the house. I got sucked back into the story and the next day, season four was out, so I just kept watching. This wasn’t a binge like iZombie, but I watched the new episodes over about a week, which definitely took a chunk of time away from my potential movie-watching each day.

Redecorating & organizing
Every once in a while I get the urge to completely reorganize my space — move every piece of furniture, purge unused items, swap the wall decorations around to different spots, reorganize my collections. Last year I transformed my bedroom, only to reorganize it again a few months ago. This month’s project was “the movie room,” which serves as my office space, my entertainment space, and home to my DVD collection. Never one to go unprepared, I turned this into a painstakingly detailed process, measuring every piece of furniture and wall at least four times, hand-drawing floor plan ideas, and researching potential furniture purchases. After planning, the actual moving process took a total of two days since I was not only moving a ton of heavy stuff on my own, but also moving my classic film book collection into the room and organizing it, weeding a large stack of outdated media players, and adding the finishing touches. Now that it’s all finished I’m very happy with the space. If you folks are interested in seeing them, I may do an updated DVD collection/organization post and a tour of my “movie books” bookcase.

Travel, spontaneous and planned
I feel like I traveled quite a bit this month — no big, planned “vacations” but several day/weekend trips. One of my favorite things to do in the summer! (Or the spring. Or the fall. Any time but winter, really, and even then as long as the snow isn’t too bad!) I’m currently combating a pretty bad sunburn as a result of the most recent trip, but it was well worth the pain.

10 thoughts on “Distractions in June” 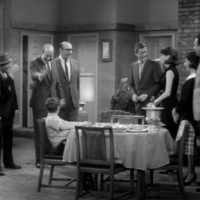 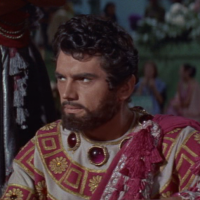 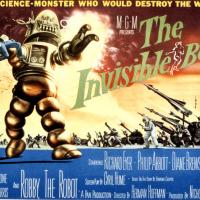