On the second day of Christmas, TMP brings to you… Bing Crosby’s baby blues! That’s right, we’re spending one of our days of Christmas with the “other” blue-eyed crooner, not known as “Ol’ Blue Eyes,” but known for singing the song “White Christmas” many times — including in the film of the same name, which we’ll be taking a look at today. On to the show!…

Bob Wallace (Bing Crosby) and Phil Davis (Danny Kaye) have formed a song-and-dance act together following the end of the second World War. While traveling, they happen to catch a performance by sisters Betty (Rosemary Clooney) and Judy (Vera-Ellen).

Immediately smitten with Judy, Phil decides he wants to follow her act to Vermont, where she and her sister are putting on a Christmas show. Bob wants nothing to do with Vermont, ready for he and Phil to move along with their own act, but gets roped into it when Phil refuses to give up. Romantic complications ensue for Bob, Phil, and the sisters at the snowy lodge owned by Bob and Phil’s former commander, General Waverly (Dean Jagger).

White Christmas was directed by Michael Curtiz. The film was written by Norman Krasna, Norman Panama, and Melvin Frank… and of course, features iconic music from Irving Berlin. And as if that cast and crew weren’t enough, another layer of notability is added by the fact that this was Paramount’s first VistaVision picture!

One look at the credits above leaves no question as to why White Christmas is considered such an enduring classic. But, the film isn’t universally beloved. A few years ago, I put out a call for suggestions, asking if there were any films people would like to see covered on TMP for the Christmas season. One reader’s answer: “Anything but White Christmas!”

Well, I apologize, reader, but the time has finally come for me to talk about White Christmas on the blog. With the holiday coming near and only a few ideas noted down for this year’s Eight Days of Christmas, I was desperate. And White Christmas was available on Netflix. So, here we are, to the disappointment of at least one of you!

This is a film I’ve seen a couple of times before, and it’s never been a part of my yearly must-see Christmas movie roster, but I do find it enjoyable. Released nearly a decade after the end of the second World War, White Christmas begins by tugging at the viewer’s heartstrings with a flashback to that tumultuous time. “There’s no Christmas in the Army,” apparently, but there will be with Bing around to entertain! You’re a genuine scrooge if you don’t tear up a little bit over his performance of the title song to the soldiers, surrounded by rubble and the sounds of bombs exploding. I’m always struck by this early scene, thinking of the many years and many, many people who have missed holidays with their families due to war (whether fighting in it or simply trying to survive it as a civilian).

That scene won’t get the viewer down too much, though, because there’s a lot of fun (and a lot more music) to be enjoyed throughout the remainder of the film. Some of the tunes aren’t Christmas-y — in fact, not many of them are Christmas-y! But the musical numbers and dancing are still lovely to watch, especially if you love musicals as much as I do. It’s somewhat easy to forget you’re watching a Christmas film at all in the middle of White Christmas, for with the exception of a few particularly festive musical numbers, it’s mostly your standard Hollywood showbiz, behind-the-curtain romance.

With Rosemary Clooney and Vera-Ellen involved, the screen is packed with talent. Bing Crosby and Danny Kaye’s performance of “Sisters” has me in stitches every time, along with the “Dancing cheek to cheek and pants to pants” line that appears in a later song. And then there’s Mary Wickes, completely underrated character actress, rounding out the film’s loveable roster.

Visually, the film is stunning as well. The color palette is very ’50s and very Technicolor, which is a compliment coming from me. The bright reds, the crisp whites, the glitter of some of the costumes… so pretty to look at!

The film is also very ’50s in its cheeriness and mood. That rose-colored lens through which people sometimes view the past, behind which everyone says “Aw, shucks!” and gets excited about the little things in life, fits this film to a tee. To give an idea to those who somehow haven’t seen this Christmas classic, there’s a whole song about snow and how much the four central characters love it. I’m sure the general attitude toward snow was a little less enthusiastic in the real world back in 1954, as it is today, but the film just encapsulates that eternally cheerful, “everything-is-lovely” spirit. This means that, for a certain type of viewer or a viewer in a certain mood, it’s sure to put a smile on the face.

The undeniable highlight of White Christmas is the fabulous finale, full of gorgeous, bright red costumes. Even if you don’t care to tune in for the film on the whole, this musical number should not be missed during the holiday season.

Upon re-watch, my opinion of White Christmas hasn’t changed much. I was reminded how much I adore Vera-Ellen and Rosemary Clooney, but the film is still not among my very favorite Christmas flicks. Still, it’s a bonafide classic and a lovely, enjoyable watch. You could certainly do a whole lot worse this Christmas season, especially if you’re looking for a movie to stream. 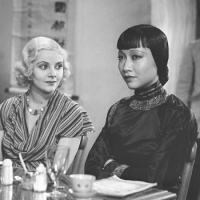 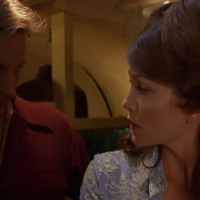 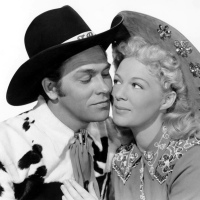 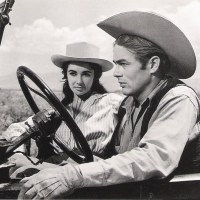