Modern Movies is back! I haven’t done one of these since April, but last month I watched a handful of recent films I wanted to briefly share my thoughts on. Here are September’s mini-reviews!

Dunkirk (2017), written and directed by Christopher Nolan
I’m glad I managed to see this before it left theaters. It’s definitely one that needs to be watched on the big screen. A very immersive and haunting viewing experience. The performances are strong, the action is gripping, and it’s absolutely beautifully shot. (Props to DP Hoyte Van Hoytema.) One of the best new-release war films I’ve seen in recent years.

Home Again (2017), written and directed by Hallie Meyers-Shyer
I grew up watching Reese Witherspoon’s rom-coms, and as a result will always have a soft spot for her. I’ll watch just about anything she stars in, but was particularly excited for this film as it was written/directed by a woman — and not just any woman, but the daughter of Nancy Meyers (Father of the Bride, The Holiday)! Meyers-Shyer has created a simple but heartwarming and all-around lovely film here, marking her directorial/screenwriting debut. I’ll be excited to see what she comes out with in the future. Aside from Bridget Jones’s Baby, I can’t think of another film I’ve seen in theaters in recent years that has been as purely enjoyable as this one.

Love & Friendship (2017), written and directed by Whit Stilman from Jane Austen’s Lady Susan
I’m a big fan of Jane Austen, and a big fan of Jane Austen adaptations. While this one doesn’t top my list of favorites, it’s certainly an adaptation I can greatly appreciate. It stays true to the famed author by capturing her wit and the critical eye her work always held toward society, doing a much better job of that than most adaptations, which tend to focus on crafting swoon-worthy historical romance. I adore a swoon-worthy historical romance, but this was an nice change of pace! The period costumes are great, the production value is quite high, and I liked the use of on-screen text when letters were read — a nod to the epistolary structure of Lady Susan.

The Sweet Life (2016), directed by Rob Spera and written by Jared Rappaport
I’ve watched a lot of Chris Messina’s work. Most of it has been enjoyable (Ira & Abby, The Giant Mechanical Man, The Mindy Project, etc.). I think he’s a great actor. The Sweet Life just doesn’t measure up to what I’ve come to expect from him. Doesn’t really work as a road trip movie, doesn’t really work as a love story, and it certainly doesn’t work as a nuanced exploration of depression/mental illness. While there are a few interesting moments and the performances are fine, the ending didn’t sit well with me (romantic attraction doesn’t solve all of your problems, people), and the journey to it often felt tedious.

Wind River (2017), written and directed by Taylor Sheridan
Taylor Sheridan is known for writing Sicario and Hell or High Water. He wrote Wind River, but serves double duty on the film, marking his directorial debut. I found Sicario somewhat overhyped and haven’t yet seen Hell or High Water, but wanted to see this one because of its subject matter. Crimes against Indigenous women in the US and Canada so often go unreported and unsolved — an issue that has been hugely ignored by the government, the general public, and the media. I knew this would be difficult to watch, but was glad to know that the movie would bring more attention to the issue. The film does a great job of portraying the friction and lack of trust between tribal and federal authorities, and takes the issue of missing women very seriously, drawing together many issues that exist on reservations without losing its focus. It also simply works as a mystery-thriller, with plenty of tension and intensity. The cast is packed with talent, including Gil Birmingham, who completely broke my heart as Natalie’s grieving father. But, none of that is to say that the film doesn’t have problems. Elizabeth Olsen’s character is weak, though her performance is good. The crime is solved by Olsen and Renner, falling into the “white savior” trope. And then there’s the questionable casting of Kelsey Chow. Still, I would recommend the film due to its success as a thriller and its important subject matter. 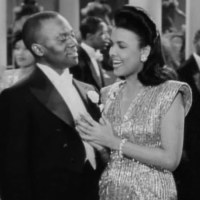