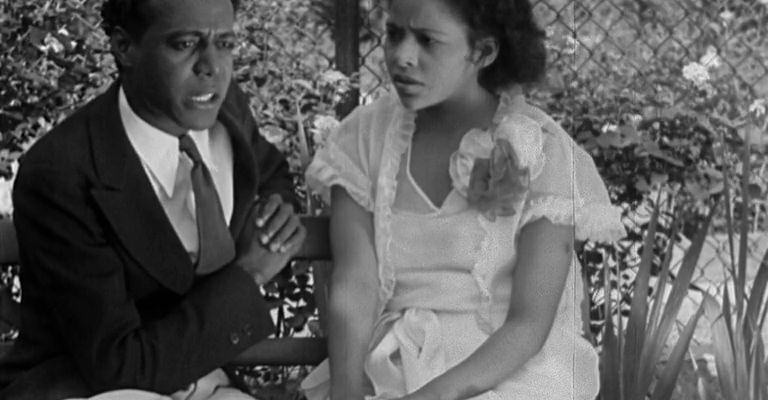 Norma Shepard (Starr Calloway) has just graduated from high school and lined up a job for herself as a teacher in Mississippi. Moving into Mary Austin’s boarding house, she finds what should have been a simple life turn complicated when she’s pursued by Jeff Ballinger, the town crime boss.

Alonso White (Carl Mahon) is a Federal agent whose next assignment also happens to be in Mississippi. Alonso and Norma begin to fall for each other, but will the persistent (and dangerous) Ballinger get in the way of their relationship?

The Girl From Chicago was adapted and directed by Oscar Micheaux from his own story, “Jeff Ballinger’s Woman.”

While its tension isn’t consistently high and its dialogue is performed in a very formal, stilted fashion, The Girl From Chicago is still a pretty good watch, delivering an often-engaging blend of action and drama.

These characters encounter gambling, guns, and all sorts of mischief in their travels from Mississippi to Harlem. Norma and Alonzo are a cute couple who simply want a happier, safer life for themselves, but trouble follows them. Escaping a Mississippi crime boss only leads them to bigger trouble with a Harlem gambler. The viewer really roots for them, but things don’t exactly look optimistic.

One who seems to make most of her own trouble is Liza, portrayed by Grace Smith in one of the film’s most captivating performances. I can’t say much about her without spoiling the film, but she’s one of those characters who does a lot of bad deeds, and somehow almost gets away with them!

Adding to the film’s appeal are a few musical performances and nightclub scenes which, while not filmed in a particularly inventive fashion, are a lot of fun to watch.

The Girl From Chicago doesn’t deliver much outside of the norm for the crime drama genre, but is still worth a look because it does entertain, and because it does hold some historical significance as an early African American film and an element of Micheaux’s filmography. 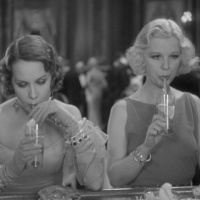