The favorite film: In a Lonely Place, a 1950 noir classic directed by Nicholas Ray The synopsis: Hollywood screenwriter Dixon Steele is more productive than ever after starting up a new romance with his neighbor, Laurel. As their relationship grows, though, Dixon’s volatile and self-destructive behavior causes trouble. The cast: Humphrey Bogart as Dixon Steele … END_OF_DOCUMENT_TOKEN_TO_BE_REPLACED 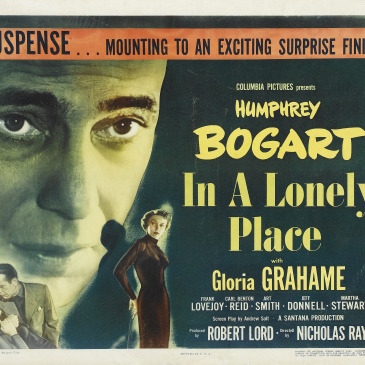