Mettel Ray Movie Blog is currently hosting an ongoing blogathon called “My Movie Alphabet,” in which (as the title would suggest) each blogger chooses a movie, director, actor or actress that they love for each letter of the alphabet. I love lists and I love alphabetizing, so this is the perfect blogathon for my participation.

Here are TMP’s selections for (some of) the most wonderful movie-related things, listed in alphabetical order! 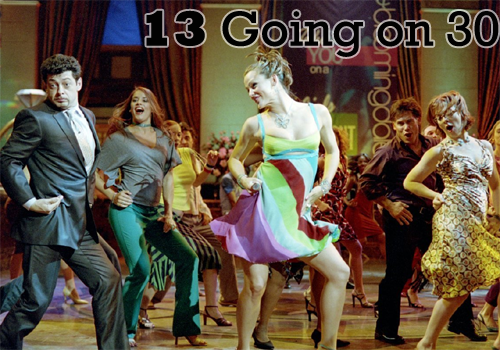 #
Cheesy? Yes, but 13 Going on 30 (2004) is one of my favorite romantic comedies. I saw it in its original theater run and have loved it ever since. It’s such a fun movie to watch, and Jennifer Garner does a great job of embodying a youthful spirit in her role. Plus, I love Mark Ruffalo and Andy Serkis (who went from playing Gollum in Lord of the Rings to playing a sassy magazine editor in this film). 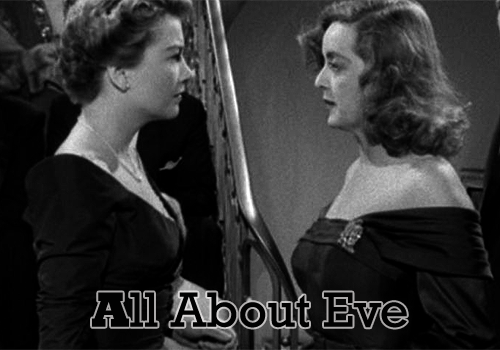 A
All About Eve (1950) is one of the greatest melodramas ever made and is one of the films that made me become a huge fan of Bette Davis. The script and performances are so phenomenal.

B
I’ve raved about The Big Sleep on the blog in the past, so I don’t feel the need to fully explain my love for it again, but in short: Bogie and Bacall. Mystery. Comedy. Romance. Drama. Cameras hidden in home decor. It’s everything I love and more!

C
I don’t think I need to explain this one either. He’s The Most Beautiful Man Ever.

D
Doris Day and Rock Hudson are such a great on-screen couple. I fell in love with their films at the beginning of 2012 after picking up the three-film set of them at Best Buy. They have such great chemistry, and all three of the films in the set garnered 5/5 ratings from me!

E
Eternal Sunshine blew my mind the first time I saw it. Jim Carrey shows impressive dramatic chops and Kate Winslet gives a perfect performance (as usual) in this fantastic film, which became an instant favorite when I saw it during its original theatrical run. 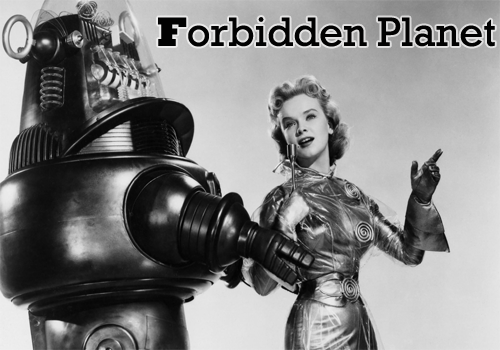 F
Forbidden Planet is the greatest sci-fi film of the 1950s, which may sound cliche but is entirely true.

Gene Kelly’s butt
Didn’t make a graphic for this one because I had to use the best .gif ever posted on Tumblr.

H
Howard Hawks: one of classic Hollywood’s greatest directors, and a personal favorite of mine. From Ball of Fire to His Girl Friday to To Have and Have Not, Hawks’ films never fail to impress me.

I
The 1959 version of Imitation of Life just may be my all-time favorite melodrama. I once wrote a 10-page paper on the final scene and would have had no problem going on to 20 pages because the film is that good. It’s also the first Douglas Sirk film I saw!

J
You say “biggest cornfest of the early millennium,” I say “brilliant satire of American pop culture.” When I was younger I liked this movie because it was fun to watch. I love it even more now that I fully understand the point that was being made with it. 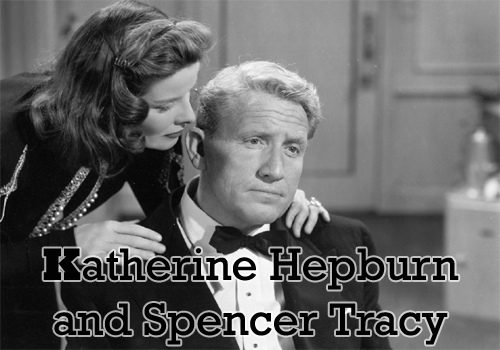 K
Katherine Hepburn and Spencer Tracy are yet another classic screen couple that I adore. If you’ve seen even one of the films they made together, you’ll know that it would be a travesty not to include them on this list.

L
The Lord of the Rings series is one of my favorite film series. The cast is great, the films are visually beautiful and they always manage to completely grip me no matter how many times I watch them. 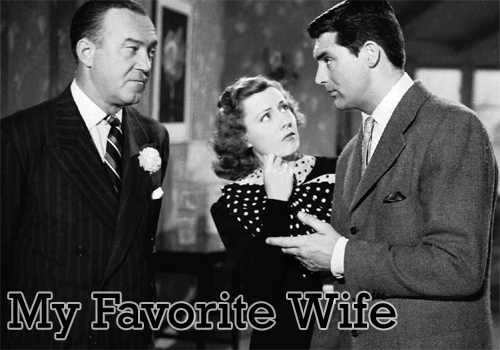 M
Cary Grant! Irene Dunne! Fantastic wardrobe! Hilarious script! Everything about My Favorite Wife is awesome. It’s one of my favorites from the filmography of both lead actors, and one of my favorite comedies in general.

N
The National Lampoon’s Vacation series starring Chevy Chase was a staple of my childhood and I still love watching them. Christmas Vacation might be my favorite if I had to choose, but they’re all a ton of fun to watch.

O
On the Town is my favorite musical of all time. I love every song. Every single minute of the film is enjoyable to watch. The fact that Gene Kelly and Frank Sinatra star along side each other doesn’t hurt either. 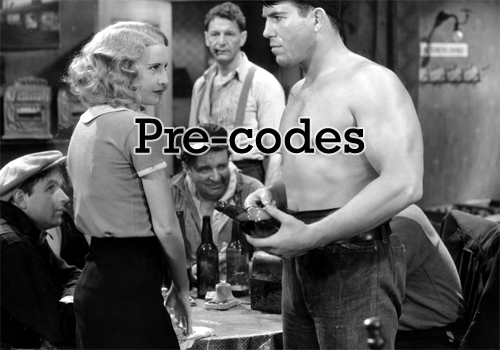 P
The early ’30s is one of my favorite periods in Hollywood film. I love nearly all of the players that were involved in this period, I love many of the directors. Pre-codes have given me Barbara Stanwyck, Joan Blondell,  Joel McCrea, Frank Capra. And I’d be lying if I said I didn’t get enjoyment from introducing pre-codes to other people, effectively shattering the “prim and proper” nostalgic view that many seem to lump the entire early to mid-20th century into.

(I really couldn’t think of a single thing for Q) 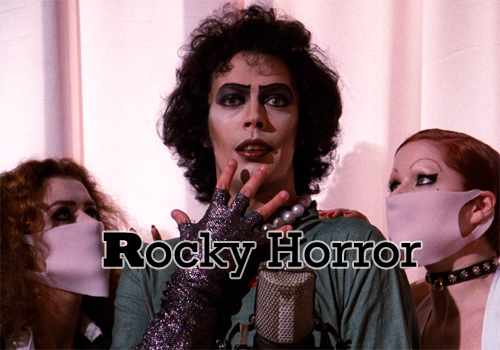 R
Another favorite musical, but this time of the more campy variety. The Rocky Horror Picture Show boasts such a great cast, great script, great songs, great art direction and all-around exciting mood. I can put this on at any time and have fun watching it. The Time Warp is also one of very few dance routines I can successfully complete.

S
2012 has been the year of Stanwyck as I’ve worked my way through quite a large chunk of her filmography. She has, without a doubt, become one of my favorite actresses (if not my absolute favorite). 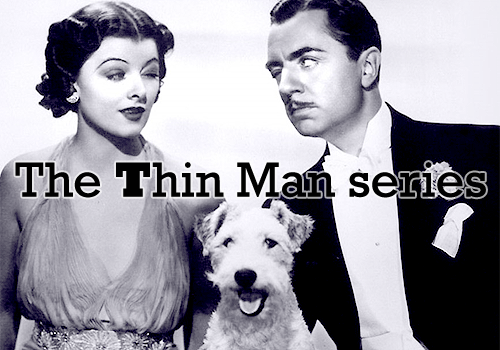 T
You won’t find a more exciting and delightful group of mystery films than those in The Thin Man series. Myrna Loy and William Powell are so perfect together in these films. 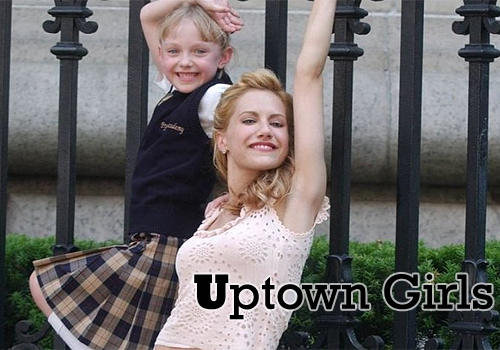 U
I love a lot of Brittany Murphy’s films. Uptown Girls isn’t my absolute favorite of her roles, but I wanted to be able to include her on this list because with every film of hers I watch, I become more of a fan.

V
Vincent Price was my first favorite classic actor and was the entire reason that I became interested in classic horror in particular. I love that he often played such sinister characters, but in the real world loved cooking and gardening and was an outspoken critic of prejudice. He was an awesome actor and an even more awesome person.

W
This was my first favorite film and remains a favorite to this day. At a very young age, this was the film that introduced me to the classics (and to Judy Garland). As I’ve mentioned probably a million times, I even learned to tie my shoes while watching The Wizard of Oz. I am forever indebted to this film for helping create my obsession with old Hollywood!

X
You can count me in for any Olivia Newton-John cheesefest, and this is one of the craziest of the bunch.

Y
You’ve Got Mail is another favorite romantic comedy of mine. Nora Ephron made so many wonderful films and this is probably my favorite from her.

Z
Zodiac is one of the best crime dramas that has been released in recent years – dare I say the best of the 21st century thus far? The movie is paced well, the performances are great and the story is thoroughly engrossing.