The synopsis:
Casino owner Ballin Mundson gets a surprise when he returns to the business with a beautiful new wife, Gilda, only to discover that she has a past with his right-hand man, Johnny. Meanwhile, Mundson is also wrapped up in a secret business deal with a few nasty men.

(highly recommended, I own it!)
If you use the links above a small donation will be made to TMP. :)

5 thoughts on “Favorite things about… Gilda” 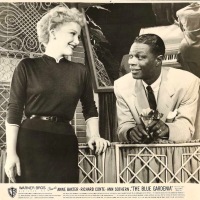