Ella Bishop (Martha Scott) dreams of being a teacher. As she comes closer and closer to graduating from college, she becomes frustrated by the push and pull between her career ambitions and love.

Her love for teaching wins out in the end, and Ella loses her chance to find true love. From then on, her life seems to be a series of one mishap and missed opportunity after the other. She’s had her successes, too, but the journey has been far from ideal.

Fifty years after graduating from college and as she prepares to retire from her long-held job, Ella recounts her life and realizes that as much as she has loved being a teacher, she has let her entire life slip by without ever becoming truly fulfilled.

The premise of this film sounds depressing as all hell. An old woman sadly reflecting on all of her missed opportunities doesn’t exactly seem like it would make for an exciting or lively ride. It also seems like the ultimate anti-spinsterdom cautionary tale, which is what I fully expected it to be before I began watching.

Luckily, in reality, the film is neither ultra-depressing nor a simple “You better get married!” warning to young girls. An undercurrent of sadness and the importance of marriage and family do make up a portion of the film, but it rises above that at the same time.

A lot of the film’s appeal can be credited to the fantastic lead performance by Martha Scott. Scott’s very first film, Our Town, garnered her an Oscar nomination, which is a pretty impressive feat. I have yet to watch that film, but after seeing her perform in this one it’s clear that she was an incredibly talented lady.

Scott so effortlessly draws the audience into her character. Her enthusiasm when the character is in the transformative stage between college and career is completely infectious. You can’t help but root for her. Her emotional state progresses as the character gets older, and Scott pulls off every single emotion not just successfully but with great magnetism.

As wonderful as Martha Scott is, she can’t be given all of the credit here. The story itself is engrossing as well. I’m always a bit fascinated by films that attempt to cover such a large chunk of a character’s life, especially those that do so in a reflective matter. (We all know how much I love flashbacks!) The story successfully captures some of the ups and downs that we experience in life as human beings. Our exact experiences may not be parallel to Ella’s, but we universally deal with love, change, anxiety, happiness, lost love, disappointment, triumph.

The existing version of the film available for screening on Amazon Instant needs a lot of work. There’s visual distortion and sound distortion throughout the film. It isn’t completely ruined, but all of the glitches are certainly distracting. It’s a shame for such a beautiful film to only exist in poor condition!

Cheers for Miss Bishop is an incredibly sentimental but also quite honest and gripping study of one woman’s life. Watch it for the near-perfect lead performance by an underrated actress, or if you’re a fan of lifetime-spanning romantic dramas. The score: 4/5 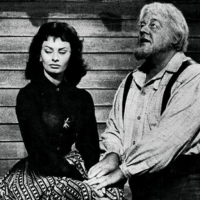 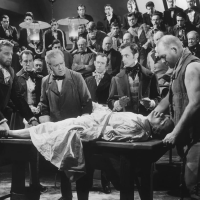 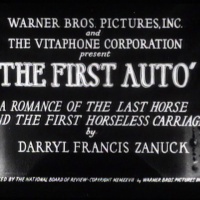