Maurice Lamar (Cary Grant) is a plastic surgeon who heads up a cosmetics company, doling out beauty advice to women around the world and creating brand new faces for the richest of them.

Eve Caron (Genevieve Tobin) is his latest client, and she is so happy with her transformation that she decides to leave her husband, Marcel (Edward Everett Horton), and pursue Maurice. Will Maurice be won over by her advances, or will he find love with his surgery-free secretary, Anne (Helen Mack)?

The film kicks off with very cute credits. A girl happily applies makeup in some shots, alternating with shots of statues and other great works, in a silly comparison between putting on your face and creating a masterful artwork. This is followed by the standard “face and name” introduction of some of the film’s players.

From this opening, a light and upbeat mood is maintained. This mood is bolstered by very lively music that is often used in clever ways. At one point, the tune is synchronized with eyebrow plucking — each time a hair is pulled, a note is played.

The plastic surgery-centered premise may have clued you into the fact that Kiss and Make-Up is, at times, a very shallow comedy. It also features some cultural stereotypes, like a heavily made up man coming into Maurice’s office and asking for “all of [his] wives” to be given makeovers.

These issues are difficult to ignore, but the film does have its redeeming moments of humor. The idea of Cary Grant hosting an international radio show full of beauty tips was enough to get a chuckle out of me. Also on the positive is the fact that the focus on beauty comes off as so ridiculous that the film’s humor seems silly and satirical rather than having a serious “Your faces are awful, ladies of the audience. Get surgery now!” message.

Sure enough, by the end of the film, the modern viewer comes to the realization that the film was trying to poke fun at the beauty industry all along. “HOW CAN I LOVE YOU WHEN YOU LOOK LIKE A WALKING BEAUTY PARLOR?,” Maurice laments to Eve in the film’s final quarter.

A number of fun songs are included in the film, performed by the cast, to bolster the sense of fun. These tunes are generally quite cute, maintaining the film’s high energy and flighty mood. There’s even an entire song dedicated to corned beef and cabbage.

The film’s ending is predictable, but the scene leading up to it is full of energy… and features Cary Grant in a truck full of adorable bunnies. I would be lying if I said that the Cary Grant-plus-bunnies combo didn’t win me over a little bit.

Kiss and Make-Up is a film that can be a bit startling in the beginning, with its focus on physical beauty as the end-all, be-all of worthiness. When all is said and done, though, it’s a predictable but fun little romp with four perfectly lovely performances by Grant, Tobin, Horton and Mack. The score: 3.2/5 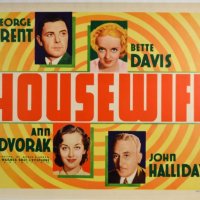 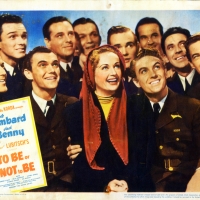 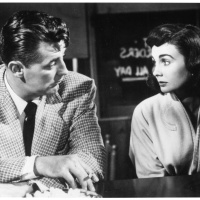 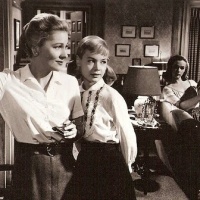