Today, in the spirit of the season, we’re taking a look at New Year’s Evil, the film in which one actor with a bit part utters a line that perfectly suits TMP’s Classics of the Corn series:

New Year’s Evil tells the story of Diane “Blaze” Sullivan (none other than Pinky Tuscadero herself, Roz Kelly),  a radio and TV host who’s partyin’ in the New Year with a televised countdown. Live music is played, sweaty teenagers dance and viewers not lucky enough to join the celebration in Hollywood can call in to vote for their favorite “new wave” song of the year by calling in.

Blaze puts on her shiny pink dress and matchy-matchy makeup, and all is going well at the party… until she receives a call from a man with a strange voice who says he does not want to vote for a song. Instead, he wants to share with her his New Year’s resolution… to kill someone as the New Year strikes in each time zone. He tells Blaze that his name is Evil, and that he plans to make her his final victim.

The call isn’t taken too seriously at first, but when a nurse at a sanitarium turns up dead, security is heightened. Can Evil be stopped, or will the body count rise?

Emmett Alston (Tigershark, Demonwarp) directs this 1980 slasher, which was appropriately released in the final month of the year, just in time to leave movie-goers paranoid as they headed off to their new wave New Year’s Eve parties.

It takes a while for terror to strike in this horror flick, but the corn starts from the very first second. Ultra-dramatic use of music and odd, snake-like sound effects pepper the opening scenes. Top that off with big hair, bright makeup, wild fashion and the fact that the “badass” party host is Pinky Tuscadero and you’ve got yourself a bit of a winner in terms of Velveeta greatness.

There’s not a single good performance in this film, not a one. Even the tiniest roles, such as a convenience store clerk who delivers the saddest “Happy New Year” utterance possible, are filled by cornballers. Everyone overacts, and every single  piece of dialogue is delivered in a completely unbelievable way.

The script gives the cast no favors in this respect, either. The writing is every bit as “so-bad-it’s-good” as the acting. Combined, the script and performances make up a premium 10-pound wheel of cheddar.

My favorite good-bad actor here would have to be Grant Kramer as Derek, the son of Diane and her husband Richard (Kip Niven). His on-screen parents come close to matching his level of cheese, but put Colby and Monterey Jack together and you get Colby-Jack… which is clearly the best cheese of the three, just as Derek is the best cheese of his dysfunctional family.

*SPOILER ALERT BEGINNING HERE, AVERT YOUR EYES IF YOU DON’T LIKE TO BE SPOILED*

Richard turns out to be the killer (a twist which became obvious pretty early on), so this kid’s obviously going to have some issues stemming from his parental influences.

Derek’s father is a man who is willing to wear fake mustaches, attend disco parties, steal cars with the occupants still inside them, tell people that he works with Eric Estrada and pose as a nurse or cop for the sake of finding new victims. Once he lures those victims into his trap, his methods of killing include suffocation by large bag of drugs and elevator-crushing. He’s also fascinated by new-fangled gadgets:

In short, he’s not the best influence for a young boy to grow up with, and it shows in Grant Cramer’s over-the-top performance as Derek.

Though super-cheesy and fun to watch for the corn factor, New Year’s Evil is a very unsettling film on another level. Unlike many of the horror flicks I’ve featured in this series (which have generally been creature features like Frogs), the killer is quite realistic despite the overblown performance of the actor playing him. I watch enough Investigation Discovery and Criminal Minds to know that creeps like this do unfortunately exist in the real world. Because of this the film did creep me out a bit in addition to giving me the corn I was looking for. I will admit, with shame, that New Year’s Evil made me look over my shoulder when I paused in the middle of it to take my dog outside… at 4:30 pm. In daylight.

If you’re looking to give yourself both a scare and a laugh this New Year’s Eve, check out New Year’s Evil, the latest film to make its way into TMP’s CotC Hall of Shame.

Buy this film on DVD

Watch it on Netflix 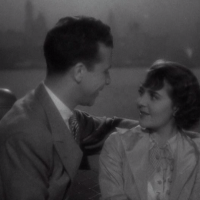