Glory Eden (Ginger Rogers, in her first film for RKO) is a radio celebrity, famous for being the “Purity Girl,” the lead vocalist in a musical program sponsored by Ippsie Wippsie Wash Clothes. She’s become frustrated with Ippsie Wippsie head honcho Sam Ipswich (Gregory Ratoff) because the contract he keeps her bound to forces her to live a very dull, pristine life.

The time has come for Glory to renew her contract, and she’s completely unwilling to sign unless Ipswich will lighten up and let her live a little. She wants “to sin and suffer.”

Sam thinks he’s come up with a solution: he’ll bring one of her male fans to New York to be her “professional sweetheart,” an idea proposed by press agent Speed Dennis (Frank McHugh).

And so, plucked from a pile of fan letters from Kentucky, a man named Jim Davey (Norman Foster) makes his way to New York to partake in the publicity stunt. Why Kentucky? Because “the purest Anglo-Saxons are found in the Kentucky mountains!”

Drama and hilarity ensue as the publicity gags drag on, culminating in a battle of the contracts between Ippsie Wippsie and a competing company called Kelsey.

Professional Sweetheart was released in 1933 and directed by William A. Seiter. Writing credit goes to Maurine Dallas Watkins, the same mind partially responsible for such classics as Libeled Lady (screenplay), Roxie Hart (play) and I Love You Again (original story). Rounding out the cast in addition to Ginger Rogers, Norman Foster, Gregory Ratoff and Frank McHugh are Zasu Pitts and Allen Jenkins.

Rogers carries this film pretty well and brings a good number of laughs. Her performance reminds me of Lucille Ball’s more over-the-top moments on I Love Lucy, especially in the early scenes when Glory is throwing tantrums. (“YOU WON’T EVEN TAKE ME TO HARLEMMMM!”)

The character of Glory is incredibly childish and can get a bit obnoxious. She’s constantly whining about not being able to gamble, drink and make a fool of herself as she pleases. She does transform a bit by the film’s end, though, becoming somewhat more mature. Still, she never really acts her age, and despite Ginger’s efforts, her character’s personality brought down my enjoyment level of the film a bit.

Professional Sweetheart isn’t a total riot of a film. It has a number of funny moments, though, and plenty of pre-code sauce to enjoy. The score: 2.5/5 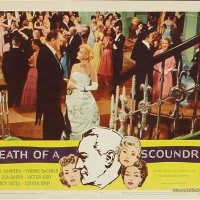