Yesterday, “Two films, one tale” took a look at The More the Merrier, the 1943 film about a woman who winds up sharing her apartment with two men after placing an advertisement looking for a roommate — her patriotic contribution to the war-induced housing shortage in Washington, D.C. Today, we’ll be looking at the second of the two films that share this tale: Walk, Don’t Run, starring Cary Grant and released in 1966.

Walk, Don’t Run follows the same basic premise as The More the Merrier, updating the setting to Japan in the time of the 1964 Olympics rather than wartime Washington, D.C.

With a flood of athletes and tourists making their way into Tokyo, Sir William Rutland (Grant) is unable to find a place to stay. Christine Easton (Samantha Eggar) has posted an ad to sublet half of her apartment, doing her part to alleviate the housing shortage. Rutland moves in and decides he likes Christine’s idea to split the rent… so he invites a third person, architect and Olympian Steve Davis (Jim Hutton) to sublet half of his half of the apartment.

This version of the familiar apartment-sharing tale was directed by Charles Walters. It marked the final big screen appearance of TMP favorite Cary Grant. Having become a father a few months before the film’s release, and increasingly unhappy with the direction of the film industry, Grant felt it was his time to leave Hollywood behind, despite the fact that plenty of offers were still piling up for film roles. His career ended on a high note with this light-but-entertaining remake of a genuine-classic romantic comedy.

Walk, Don’t Run is a very faithful adaptation of the Merrier tale, despite the change in setting and the time passed between the two films. Several scenes and bits of dialogue appear identically in both film versions. The makers of this ’60s update even found a way to work as espionage subplot, like the one that had the FBI targeting Joe in the ’43 film!

The updates that are made to the story to bring it up to speed with “modern” times are all appropriately selected and handled, too. The film doesn’t try to be too hip, instead retaining much of its original charm and storytelling, while simply making small changes here and there, some of which couldn’t have passed the censors in 1943. For example, in The More the Merrier, Joe and Dingle read Connie’s diary in one scene, and are caught in the act. Walk, Don’t Run updates this scene by having Rutland and Steve share a frank conversation about women (much of its dialogue blocked by the sound of running water, to hilarious effect, as Christine tries to eavesdrop) before finding a slinky nightgown that belongs to Christine.

Grant’s role of Sir William Rutland is an interesting one. No longer comfortable playing the romantic lead due to the increasing age gap between himself and his leading ladies, Grant instead takes on a role inspired by Charles Coburn’s in the original film — a somewhat-older, happily married man who rooms with two younger people amidst a housing crisis and plays matchmaker to those young’ns rather than putting time and energy into his own romantic pursuits. Coburn and Grant are two very different actors, and naturally each brings a unique style to the role, though both perfectly capture the playfulness of the script’s schemes. Grant has great banter with his co-stars and is a stellar addition to the film’s cast.

The match-made roommates of Samantha Eggar and Jim Hutton aren’t too shabby, either. Their chemistry doesn’t capture the heart of the audience quite as successful as Jean Arthur and that dreamboat Joel McCrea did in The More the Merrier, but they still make a nice pair on screen. That faithful-but-updated script does a great job of building tension between the two characters, as was also the case in the 1943 film.

Often, the statement of “The original is better!” rings true when it comes to remade films. The More the Merrier and Walk, Don’t Run present one of those unique cases in which both the original and its remake are incredibly fun, well-worth-watching, delightful pictures. You can’t go wrong with either one of these “two films” with “one tale.” 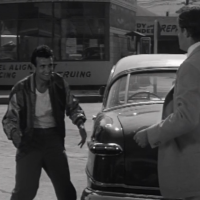 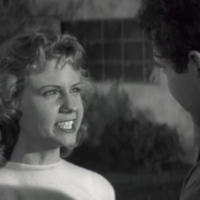