Captain Lonelyhearts may soon be a lonely heart herself, though. She’s met at the dock by her husband, Peter (Fred MacMurray), who has come to get her signature on a certain set of legal papers so he can marry his new gal, Gloria (Arleen Wheelan).

Peter and Mary haven’t seen each other since 1941, and while Mary initially agreed that they should divorce all those years ago, her experiences during the war have changed her perspective. She wants to try to make things work with Peter, sure that if they do divorce, they’re giving up too easily.

But will Peter agree, and be willing to give up a future with Gloria to reunite the “Morley & Morley” team? And what will happen when one of Peter’s clients, the wealthy Jack Lindsay (MacDonald Carey), starts to fall for Mary?

Suddenly, It’s Spring begins with a moment of newsreel-style narration placing the film at the end of the second World War, before launching right into the funny. Within the first few minutes, while waiting for Mary’s boat, Peter knocks a man over, destroys a phone booth, and hears Gloria suggest that Mary should fall overboard! The laughs continue throughout this witty will-they-stay-together romantic comedy. It doesn’t offer a chuckle a minute, but is a very pleasant and light-hearted watch.

Mitchell Leisen and Fred MacMurray made a whopping nine films together, all romantic comedies.Under Leisen’s direction, MacMurray romanced Carole Lombard (Hands Across the Table and Swing High, Swing Low), Joan Bennett (13 Hours by Air), Barbara Stanwyck (Remember the Night), Marlene Dietrich (The Lady Is Willing), Rosalind Russell (Take a Letter, Darling), Claudette Colbert (No Time for Love and Practically Yours), and, in this film, Paulette Goddard. Suddenly, It’s Spring would be the last MacMurray/Leisen collaboration.

Though MacMurray was Leisen’s most frequent collaborator of this film’s cast, and his performance is good, Ben Mankiewicz noted in his TCM introduction that Leisen’s work is known for containing strong female characters. Is that ever true here! It’s the ladies of the cast that really steal the film. Paulette Goddard is spunky and sweet in her role of Mary. Arleen Wheelan’s Gloria, while certainly not as likable as Mary, is also a great character, full of sass and willing to stand up for herself. When she’s not slinging deliciously snide quips back-and-forth with Mary, Gloria can be found reminding Peter that she’s no puppet. She’ll quickly move on if he doesn’t get those divorce papers signed — fast.

With Jack interested in Mary, Mary interested in Peter, Gloria interested in Peter, and Peter unsure what the heck he’s going to do, this is a romantic comedy of the love quadrangle. It’s clear from the tension between Jack and Peter that some part of Peter still loves and cares for Mary, despite his relationship with Gloria. Jealousy simmers between the two men. The way Peter bickers with Mary tells all, too. It isn’t a hateful bickering, but more of a “Why do I love you?!” screwball banter.

The film’s best sequence contains all four corners of the quadrangle, with the Morleys going through the “skeleton closet” of their marriage as Jack and Gloria begin to lose their patience. The wild conclusion is fun, too, with Peter busting into a swanky dinner club like a mad man. There’s a lot of fluff and a lot of fun to be had with this film, accompanied by only a few sappier and more dramatic moments.

Suddenly, It’s Spring is not a film to be taken seriously, but an enjoyable romantic comedy, which I would recommend in particular to fans of director Mitchell Leisen (it’s familiar territory if you’ve seen and enjoyed his other films) or of the wonderful Paulette Goddard, who shines in her “Captain Lonelyhearts” role. 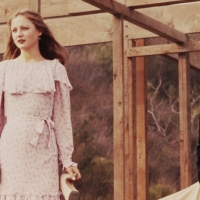 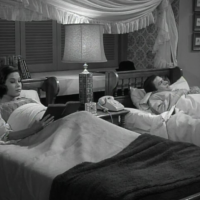 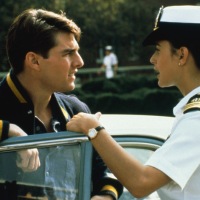