Happy #Noirvember! TMP is celebrating the genre this month with a noir review every Sunday. Today’s review is also a part of the Barbara Stanwyck Filmography Project, one of her many films noir, No Man of Her Own. Previously in this series: When Strangers Marry (1944), Decoy (1946)

The police are after Helen Ferguson (Barbara Stanwyck). In her once-happy home in the sleepy town of Caulfield, she awaits their arrival, after which she expects to be arrested. What brought her to this point?

Once, Helen was a young girl living in New York. She became pregnant, and rather than marrying her, her boyfriend dumped her. Refusing to see her, he offers her one small gift for her troubles: a train ticket to San Francisco, slipped wordlessly under the door of his apartment.

When the train crashes, Patrice and Hugh are both killed. Helen miraculously survives, giving birth to her child at a nearby hospital, where she has been mistaken for Patrice because she was holding Patrice’s wedding ring when the train crashed. Broke and with few options for her future, Helen decides to take advantage of the kindness of Hugh’s family, and takes on Patrice’s identity.

No Man of Her Own was directed by Mitchell Leisen. Not to be confused with the 1932 Carole Lombard and Clark Gable romance of the same name, this noir was based on Cornell Woolrich’s novel I Married a Dead Man. (Woolrich is credited as “William Irish” in the film’s opening.) The screenplay was penned by Sally Benson and Catherine Turney.

The film openings with striking narration, describing the pleasant nature and near-perfection of the town and the home in which the Harknesses live… “but not for us,” Helen explains.

The story is told in flashback by Stanwyck’s character, beginning on a night when police are apparently coming to arrest her, which brings a dreary mood of dread from the opening. I’m a sucker for flashback structure as it is, but this particular use of it immediately grabbed my attention and kept me hooked, wondering how Helen would end up sought by the cops.

I think part of the reason this structure works so well is because Stanwyck is not simply telling us the story. We’re truly able to get a glimpse inside her character’s mind, where she is tormented by her past and her lies, which makes the viewer quite sympathetic toward her.

Throughout the film there’s a sense that Helen’s decisions (and, eventually, those of the people around her, namely Hugh’s brother and mother) are perhaps unethical, but understandable. It’s pretty miraculous that Helen and her baby were able to survive the train accident at all. She was already in trouble, and then to survive such a trauma… can you really blame her for taking on Patrice’s identity, when the opportunity presented itself so neatly? Patrice had no living family of her own, and had never met her husband’s family.

The mistaken identity plot alone would have made for a fascinating drama, but this film brings the thrills too, as danger comes to Helen when someone from her past arrives in town. I was thoroughly enjoying the film before Stephen Morley (Lyle Bettger) showed up to cause trouble, but his pure wickedness is undeniably even more gripping.

Stanwyck’s performance, of course, is an asset to the film, bringing frantic anxiety and psychological intrigue to both sides of the plot. She lives in constant fear of being found out, becoming more distressed as the film progresses. Her strong performance is bolstered further by a stellar supporting cast. I especially liked Jane Cowl, playing Hugh’s mother.

As an element of Stanwyck’s filmography, No Man of Her Own lands a spot among my favorites of the ’50s. It would make a fascinating double feature pair with Stella Dallas under the theme of “mothers who will do anything for their children.” It is an incredibly interesting and twisty film — a genuinely great watch! 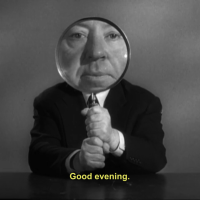