Jamie Forbes (Steven Marlo) is an oil field worker, working the night shift. He’s had a few drinks and has fallen asleep on the job, radio playing loudly.

When his boss, Mr. Kingston (Raymond Guth), finds him and wakes him up, things get violent. Jamie ends up killing Mr. Kingston. (This isn’t really a spoiler – it happens within the first few minutes.)

Meanwhile, in a somewhat happier place, Ann (Luana Patten) and Benjie (Tom Selden) are a young couple who have decided to run away together and get married in Mexico. They know their parents will want them to wait a few years to marry, but they’re young, in love and impatient.

The two run into some car trouble on their way to Mexico, and sure enough they’re approached by a charismatic stranger – none other than Jamie Forbes. The young couple know nothing of a killer on the loose and readily accept Jamie’s story of having trouble with his motorcycle.

Jamie is willing to walk a few miles to a gas station so Benjie’s car will be fixed, so they decide to give him a ride to the nearest town after he brings back the gasoline.

Little do they know, Jamie doesn’t simply want a ride to a place where he can get his bike fixed. He has bigger and more sinister plans.

This little-known film is the first directorial effort of Irvin Kershner, who is probably best known as the director of The Empire Strikes Back (1980).

Two little things won me over early on in this film: an opening jazz tune and a recitation of Poe’s “Annabel Lee.”

I was also struck by the film’s visual beauty from the opening scene at the oil field. There is a very nice use of lighting and contrast, an interesting variety of shots and gorgeous shadows. This builds the mood wonderfully from the very beginning.

It doesn’t take long for this twisted tale to get crazy. There is a murder barely a few minutes into the film, kicking things off with very high tension.

This tension dies down a bit when we’re introduced to Ann and Benjie, who have your typical ’50s coupley sweetness about them, all poetry recitations and going against the wishes of parents.

The tension doesn’t completely disappear, though, because with such a crazy opening  you know things aren’t going to stay smooth for this couple for long.

When Ann and Benjie meet Jamie, from then on, the film passes through periods of higher tension with a lower but solid level of tension maintained throughout the less action-packed scenes.

Very believable performances are given in general, particularly from the three leads.

Steven Marlo is especially impressive. The audience is clued in from the beginning to the fact that he’s a killer, but Marlo does such a great job of making it easy to see how the couple would fall for his tricks.

They see him as simply an energetic, overzealous guy who needs their help, and that’s exactly how the audience would see him as well if we hadn’t already witnessed him killing someone in the beginning. Marlo also plays crazy very well, so it’s easy to truly see him as his character in both sides of the role.

The film gets a bit silly near the end. Without giving too much away, there is a car antenna “sword” fight involved. It also wraps up a bit too cleanly for such a crazy ride, but these are small flaws.

Overall, The Young Captives is a seriously underrated watch – not a serious top-notch crime drama, but an intriguing and thoroughly gripping tale. The score: 4.5/5

This film is available on Netflix Instant if you’re interested in viewing it. I have yet to find it elsewhere, so I don’t think it’s available on DVD. 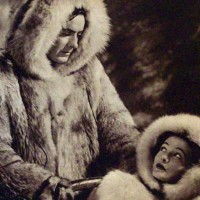