NOTE: This film was viewed for the Barbara Stanwyck Filmography Project. I’m watching (or re-watching) and reviewing every Barbara Stanwyck film! For more posts in this series, visit the Listography page.

Twelve years after their noir hit Double Indemnity and sixteen years after their first pairing of Remember the Night, Fred MacMurray and Barbara Stanwyck found themselves sharing the screen again in a 1956 Douglas Sirk drama, There’s Always Tomorrow.

Written by Bernard C. Schoenfeld from a story by Ursula Parrott, There’s Always Tomorrow tells the story of Clifford Groves (MacMurray), a toy manufacturer who feels ignored by his family. He and his wife (Joan Bennett) haven’t had a night out together in three years, and his children are preoccupied by their hobbies and social lives.

For Mrs. Groves’ birthday, Clifford gets theater tickets, but she decides not to go, instead taking one of the children to a ballet recital. As luck would have it, an old co-worker named Norma (Barbara Stanwyck) shows up at Clifford’s door that very same night, and agrees to go to the theater with him.

With Clifford feeling neglected and lonely, will romance blossom between himself and his old friend? And if it does, what will the consequences be for his family?

I actually watched this film in a little Stanwyck movie marathon, just after watching both Double Indemnity (co-starring MacMurray) and All I Desire (directed by Sirk). It was fun to watch two Stanwyck/Sirk films back-to-back, and two Stanwyck/MacMurray films in the same day!

Stanwyck and MacMurray are a great screen pair, and the mood here is totally different than that of their more famous film. Double Indemnity had them scheming to kill Stanwyck’s on-screen husband; There’s Always Tomorrow has them as old friends, reuniting after twenty years. In both films, they play very well off of each other.

On the whole, There’s Always Tomorrow is a very interesting film in that it doesn’t necessarily expect the viewer to root for Stanwyck and MacMurray as a couple. They have nice chemistry, but it is made (and kept) abundantly clear that regardless of how busy the lives of Clifford and his family are, it would be terribly improper of Clifford to cheat on his wife or leave his family.

Clifford’s son Vinnie (William Reynolds), for one, is heavily critical of their rekindled friendship, even when Clifford tells his wife about Norma and invites her to meet the family. Devil’s advocate is played by Vinny’s girlfriend (Pat Crowley), who says that she wouldn’t blame Clifford for straying from his marriage.

Clifford and Norma don’t end up together, with Clifford instead opting to stay with his wife and keep his family together. The film can be interpreted as a moralistic tale of sticking things out and making it work, even when the grass looks greener on the other side, rather than a saucy tale of an affair between old friends. It could also be interpreted as a stifling portrait of life in suburbia, and the expectations one is required to meet in that environment.

I’d say it’s a little bit of both — a critique of the “sameness,” as Clifford describes it, but also a resignation to the fact that there is “sameness” in every life, whether it’s a married life in suburbia like Cliff’s, or a seemingly-glamorous city life like Norma lives. The film weighs both sides of every issue, even comparing the life of Bennett’s proud homemaker character against the life of Stanwyck’s successful character. Neither one is portrayed as truly above the other.

There’s Always Tomorrow is a very soapy drama of marriage and family. Things do take many turns for the melodramatic, in typical Sirk fashion, so if you’re not a fan of that genre you should probably avoid this flick. But if you’re a fan of the director or just looking for another chance to see Stanwyck and MacMurray share the screen, I’d recommend giving this a watch. The score: 3.5/5 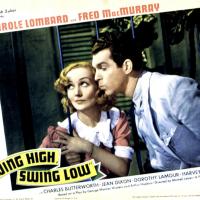 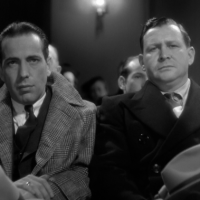