Walt Underwood (Conrad Nagel) is the stage manager of a traveling show. His wife, Marlene (Claire Windsor), is the star of the show and the idol of her son, Jimmie (Tommy Conlon).

Walt is intent on making his marriage work, despite the fact that Marlene is an unfaithful, unloving woman. When she up and leaves her family to take on a different stage role in New York, Walt and Jimmie are set on following her to the east coast. But Walt’s dreams are shattered when Marlene dies under suspicious circumstances.

Directed by Victor Schertzinger, The Constant Woman was screen-written by Warren Duff, from a play called “Recklessness” by Eugene O’Neill. Starring alongside Nagel, Conlon, and Windsor is Leila Hyams (of Freaks fame). A very low quality print of the film is available on the Internet Archive under the re-release title of Hell in a Circus. As The Constant Woman, the film ran for about 76 minutes; Hell in a Circus cuts it down to 70.

B-movies and poverty row features are unique little creatures. Sometimes, they’re unexpectedly brilliant. At other times, they’re completely lacking in plot and talent. While I wouldn’t exactly place it on the “unexpectedly brilliant” end of the spectrum, The Constant Woman is not a film that can ever be criticized for lacking plot. There’s a heck of a lot going on here: show biz struggles, marital disagreements, infidelity, violent deaths, alcoholism, parent-child feuds, circus animal attacks. Boring it certainly is not, for there’s more than enough plot to go around – almost too much, one could argue!

In my book, too much plot is better than too little, so I quite liked this film. The Constant Woman kept me constantly occupied (badum-tsk!), and has some appeal aside from its jam-packed story, too. The performances are quite good, and there’s a lot of snappy pre-code dialogue to add to the fun of watching the picture. I actually watched this back-to-back with The Mysterious Lady, a silent starring Nagel and Greta Garbo, where I found Nagel to be eclipsed by his leading lady. He’s much more memorable here as a father navigating the aftermath of his wife’s death, raising his son alone, trying to make a living, and fighting his own internal battles.

Those who love a good B-drama will appreciate this slightly-overcomplicated tale of Walt Underwood’s trials and tribulations. The score: 3/5 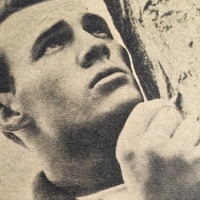 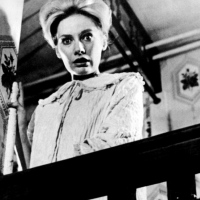 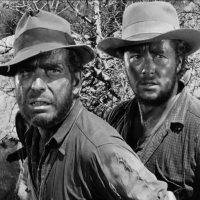